Theodorakis: “We need a political solution for the TV licenses” 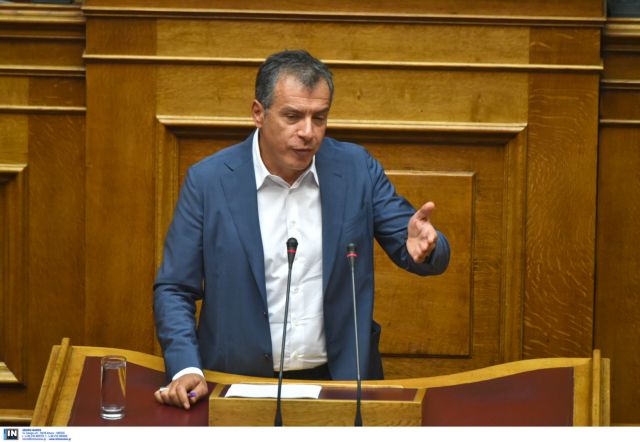 The head of the River Stavros Theodorakis estimated that the imminent decision of the State Council on the constitutionality of the television licensing law is decisive “even though it should not be; there should be a political initiative to rectify the mistake and we should be waiting on the State Council”.

In his interview on Skai 100.3 FM, the River leader underlined that the solution to the problem with the licenses must be political and that the government must dare to act independently from the State Council decision, so that there can be the necessary political initiative.

According to Mr. Theodorakis, the government’s two mistakes were limiting the number of licenses for nationwide broadcasting to four (when there were more channels already operating) and setting only financial criteria for the licenses.

Asked about the possibility of early elections, Mr. Theodorakis expressed his belief that there is no such prospect and underlined that talk on the matter does not help, since Greece has many open fronts in Europe, especially in relation to the ongoing negotiations.