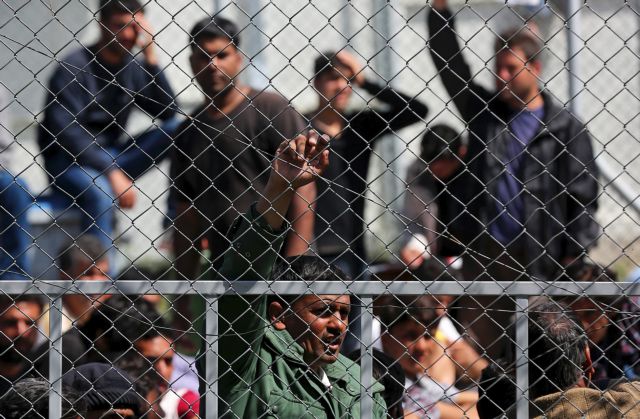 Dozens of refugees and migrants blocked off the two entrances to the VIAL hot spot on Chios on Thursday morning, in demonstration of the major delays in the examination of their applications for asylum.

According to the demonstrators, the asylum services are examining about 5 applications a day, meaning that many if them have been waiting for many months. A similar protest was also carried out on Wednesday morning, which lasted for about three hours. Riot police units were on stand by, however they did not intervene as the situation was resolved following negotiations between protesters and authorities.

In response to the two protests , the asylum services employees have decided to stop working.