Anna Korakaki receives a hero’s welcome upon her return home 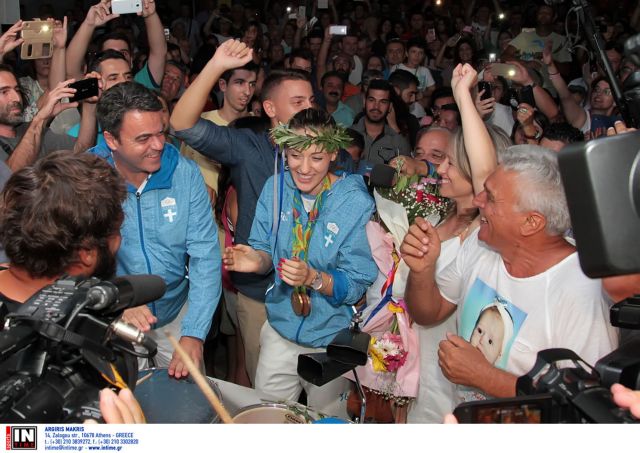 Olympic gold medalist Anna Korakaki returned to her native city of Drama on Thursday evening, where she received a hero’s welcome.

The jubilant athlete told journalists that she wants to celebrate with everyone who has supported so far and will continue to support her even when she retires from the sport.

At the order of the District Governor of Eastern Macedonia/Thrace and local mayor, the headquarters in Komotini and the public buildings in Drama were lit up in Korakaki’s honor.