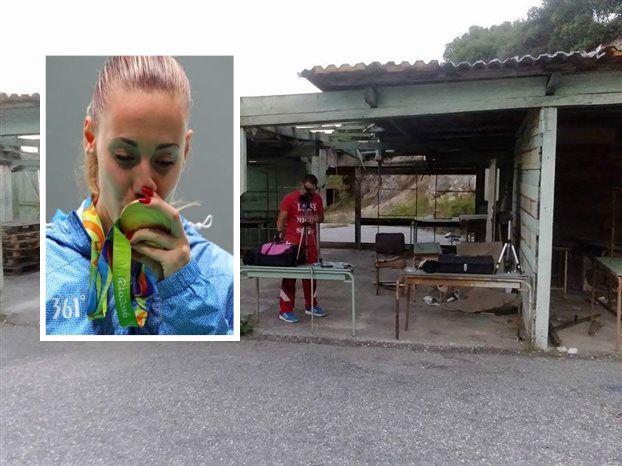 The municipal authorities of Drama have knocked down the makeshift shooting range used by Olympic gold medalist Anna Korakaki to train.

According to local mayor Christodoulos Mamsakos the ‘facilities’ that were being used by Korakaki were ‘unacceptable’ and pledged to install a more adequate container, despite lack of funding.

The decision to knock down the makeshift shooting range was taken prior to the Olympic Games, after the municipal authorities discussed the matter with the coach and father of Korakaki.

The lack of funding and support for athletes competing in the Olympic Games and other major sporting has repeatedly been highlighted, especially in less popular sports.