Sakkas and Seisidis scheduled to appear in court on 17 August

The two wanted men who were recently arrested outside Sparta, Kostas Sakkas and… 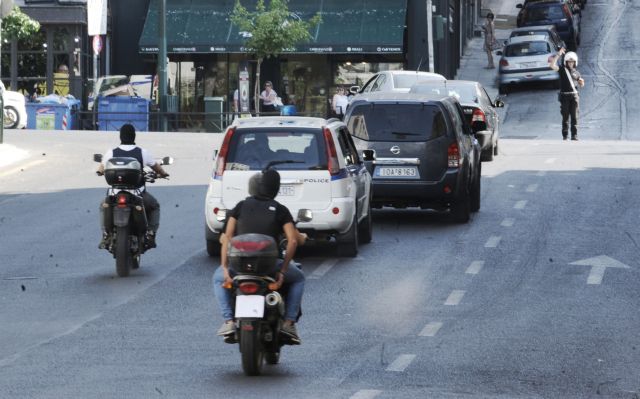 The two wanted men who were recently arrested outside Sparta, Kostas Sakkas and Marios Seisidis, are scheduled to appear in court on Wednesday 17 August to address misdemeanor charges related to the theft of a car, forging license plates and identity cards, as well as resisting arrest.

Both requested to be detained to the Korydalos prison until their trial, however this was rejected, with Sakkas and Seisidis being transferred to the prison facilities of Domokos and Malandrino respectively.

In his initial appearance in court, Sakkas alleged that the two were beaten by police officers following his arrest, prompting a clash between SYRIZA MP Giorgos Kyritsis and main opposition party New Democracy.

Meanwhile, the police investigation continues in an effort to locate hideouts and accomplices of the two, based on their mobile phones. Police sources have told To Vima that it appears that the two were headed for a camping area in Elafanisos.

According to the sources, camping equipment was found in the stolen car the two were using, suggesting that they were planning to camp outdoors for a few days. This was pointed out by their lawyers, as was the fact that they were not carrying any weapons at the time.

Given that the two had altered their appearance significantly, ut has not yet been determined if they were on a ‘holiday’, or if they intended to meet up with other accomplices at the camping spot.