A petrol bomb attack carried out against the Petraki Monastery, where the Holy… 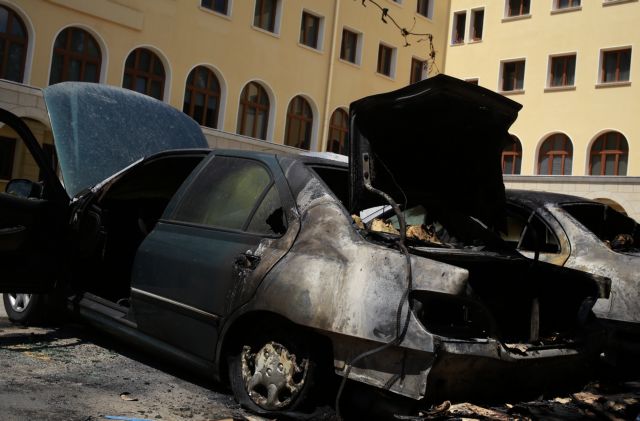 A petrol bomb attack carried out against the Petraki Monastery, where the Holy Synod’s offices are housed, early on Monday morning has caused major concern within the Church of Greece.

This attack has been attributed to anarchist groups, which have escalated their actions since ‘invading’ a Church in Thessaloniki during mass to stage a protest about two weeks ago. In the following week two other churches in Athens were vandalized.

The Holy Synod has issued a statement where it underlines that such “terrorist actions” are of no help to anyone in bring peace. The statement also notes though that its temples do not have any police protection, with some concerned over further escalation of the attacks.

The recent attacks have caused the latest clash between the government and opposition. Government spokesperson Olga Gerovasili expressed her indignation at the arson attack, noting that such actions result in the further intensification of conservative reflexes in Greece and stressed that religious freedoms demand respect.

The Independent Greeks denounced the attack as “unacceptable, incomprehensible and grossly repulsive” and argued that such actions, which provoke religious sentiments and the faith of the Orthodox Greeks, will not be tolerated.

New Democracy’s spokesperson Giorgos Koumoutsakos claimed that attacks and vandalism against temples were increasing and accused SYRIZA of not outright denouncing these instances of violence and lawlessness. He also accused the governing party of “providing ideological and political cover to anarchists”.

Similarly the River noted that the State has a duty to protect temples and religious freedom and must prosecute those behind the attacks. The opposition party added that the coalition government however is tolerant to such attacks.

In its statement, where it denounces the recent arson attack, the Communist Party underlined that these actions suit and serve those who wish to bolster suppression and authoritarianism.

The press office of PASOK also issued a statement calling the government to take action, rather than sit back and idly observe what is going in Exarchia or the attacks against new targets which aim to provoke the public sentiment.