First group of migrants returns to Turkey from Greek islands

The controversial agreement between the European Union and Turkey has come into effect, with the first group of migrants… 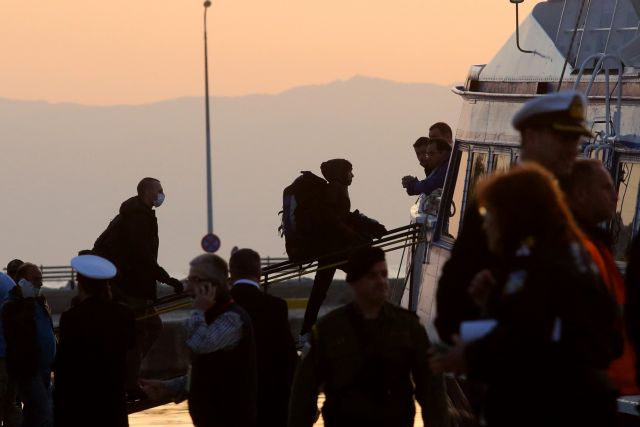 The controversial agreement between the European Union and Turkey has come into effect, with the first group of migrants were being returned to Turkey on Monday morning.

The agreement stipulates that for every person returned to Turkey from Greece, another will be relocated from Turkey into the EU. International organizations and charities, among others, have voiced concerns over the deal and whether it can be successfully implemented.

According to the Associated Press, the first group of 135 was accompanied by Frontex from the island of Lesvos to Turkey early on Monday morning. Reports also indicate that major police forces have deployed on the island, fearing that the returns may cause strong reactions from refugees and migrants on the island who do not wish to return to Turkey.

So far, many migrants and refugees have expressed their opposition to the EU-Turkey agreement. Many also fear that they will be forced to return to Turkey if they seek shelter in the reception centers and as such refuse to leave the makeshift camps at Idomeni and the port of Piraeus.

The latest count on Sunday showed that there are about 4,800 people at the port of Piraeus, while more than 13,000 remain in Idomeni, where the situation is growing increasingly tense. Local residents in Idomeni have expressed concerns over safety, as clashes regularly break out among the refugees.