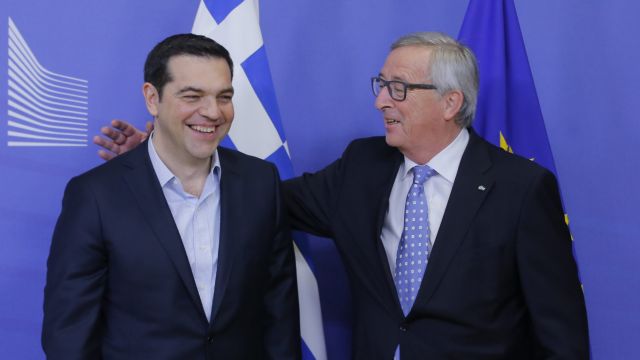 According to the same reports, the discussion between Juncker and Tsipras focused on the refugee crisis, EU-UK relations, the Greek financial crisis and the bailout review.

Greek government sources claim that Mr. Juncker congratulated the PM for the overall progress achieved in Greece, especially in relation to the refugee crisis. Both sides agreed that tackling the refugee crisis necessitates the coordinated efforts of EU members and that unilateral actions must be avoided.

During the discussion, it was underlined that the EU and Turkey must develop their cooperation, in order to manage the refugee influx more efficiently and more humanely. The sources also commented that the possibility of additional EU aid being provided to Greece next year for the refugee crisis.

The summit meeting between 10 EU member states and Turkey has been cancelled following the bomb attack in Ankara, which claimed the lives of 28 and injured tens of others.