Mouzalas: “Greece is being asked to accomodate 400,000 refugees” 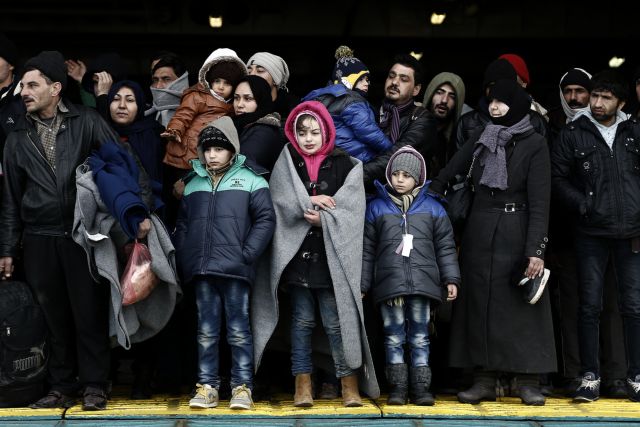 The Alternate Minister of Migration Policy Yannis Mouzalas has reported that during Monday’s summit meeting in Holland over the refugee crisis, Belgium’s Minister of Interior has called for Greece to establish a refugee camp to house 300,000 to 400,000 people.

Mr. Mouzalas who made the revelation regarding the “unhistorical matter” in a Tuesday-morning interview on SKAI, where he also expressed his concern over the future of Europe: “The Schengen Agreement is threatened across Europe, Europe is in danger, Europe is afraid” he noted, before adding that Greece is in a difficult position in relation to the refugee crisis.

Additionally, Mr. Mouzalas announced that the “hotspots” on the Greek islands will be prepared by the end of February and expected to be operation by the start of March.

Regarding a recent Financial Times article, which proposed that Greece accepts to accommodate a greater number of refugees in exchange for debt relief, the Alternate Minister claimed that “it is outrageous for us to become the prison and exile of Europe for a fee”. Mr. Mouzalas further explained that the key to reducing migration towards Europe lies in the agreement that was reached with recently Turkey.