Following the conclusion of a mini-Summit on the refugee and migration crisis in Brussels, Greek Prime Minister Alexis Tsipras… 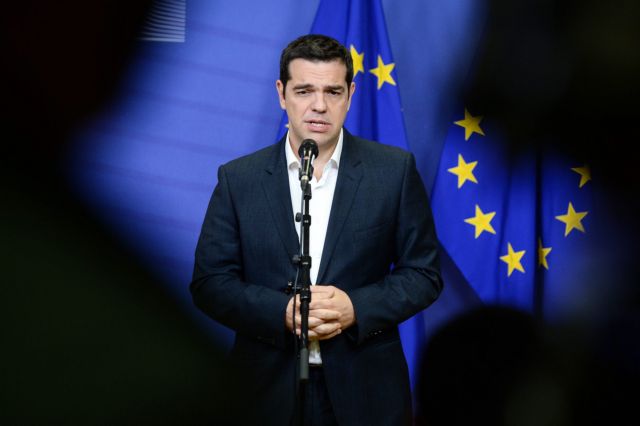 Following the conclusion of a mini-Summit on the refugee and migration crisis in Brussels, Greek Prime Minister Alexis Tsipras told the press that he rejected three proposals.

The first proposal that was rejected referred to the creation of a 50,000-strong refugee “ghetto” within Greece. This camp – essentially a small town – would be on top of the existing reception centers of 7,000 on the islands and 20,000 in Attica and northern Greece. The Greek PM explained that his counterproposal of rent subsidy for 20,000 refugees in Greece was accepted. Aside from contributing to the development of the Greek economy, PM Tsipras added, the measure will also help integrate refugees in Greek society.

The second proposal rejected by the Greek authorities would allow an EU member to disallow entry of refugees from another EU country. Should this have come into effect, PM Tsipras explained, the wave of migration may stop with a domino effect mostly affecting Greece. Instead, it was decided to notify the country of passage of the number of refugees for which it is responsible.

The third proposal which was also rejected involved launching a new Frontex operation at the borders in the north of Greece, in order to avert and control migration towards FYROM. The Prime Minister argued that protecting borders is exclusively a national concern, further noting that the involvement of Frontex will be limited to documenting refugees who have not yet gone through the procedures on the islands.

Ultimately, the Prime Minister commented, the mini-Summit concluded that Turkey will play an important role in addressing the refugee and migration crisis. The Greek PM underlined that further coordination with Turkish authorities is needed towards this goal, however he stressed that each country has the responsibility of protecting its territorial waters.

According to PM Tsipras, the European Commission is preparing a series of proposals for Turkey in an effort to provide a decisive solution to the major problem. Although Europe has been slow to respond to the refugee crisis, PM Tsipras estimated that steps have been taken in the right direction.

The refugee crisis is undoubtedly beyond us and that a coordinated European response is necessary, otherwise the cohesion of the European Union itself may be at risk. Common sense, solidarity and shared responsibility must prevail, PM Tsipras further added.