Following the disappointing result in the first vote of the critical Presidential elections, the coalition government is faced with two… 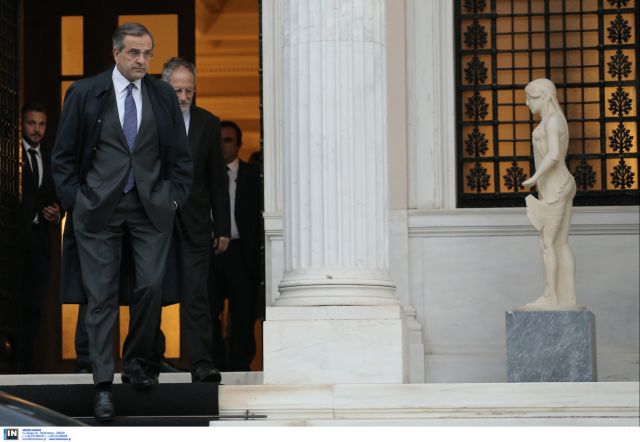 Following the disappointing result in the first vote of the critical Presidential elections, the coalition government is faced with two possibilities; either it will manage to elect a President on the final vote on the 29th of December, or general elections will be called for the 25th of January.

The 160 votes that Presidential candidate Stavros Dimas failed to meet the expectations of the government, which hoped to see about 164 MPs in the first vote. The lack of a clear strategy and a clear picture of recent developments resulted in the initial certainty of electing a President that Prime Minister Antonis Samaras to being replaced with the hope of a positive result.

Following the vote many coalition government MPs spoke of the need for “political initiatives” that the Prime Minister must take in order to secure an election in the subsequent votes, however there is some uncertainty as to what these may be. In the meantime, coalition MPs are expected to increase the pressure on undecided and wavering MPs to vote for Mr. Dimas in the third vote.

Many New Democracy MPs believe that a lot is needed to overturn the situation in the next 12 days, stressing that the strategy of fear is failing to yield the necessary results. Furthermore, the Prime Minister has rejected the possibility of forming a “special purpose” government, claiming such a proposal to conflict with the Constitution. He has also refused to discuss the possibility of calling general elections before the end of 2015 and rejected the possibility of introducing a different Presidential candidate in the third vote.

In order to overcome the deadlock, New Democracy MPs underline that a “compromise” and political “trades” with MPs are necessary in order to secure a positive result and claim that if the government is serious about avoiding general elections, it must quickly take the necessary initiatives.

A small group of veteran New Democracy MPs is said to have discussed Wednesday evening’s results and concluded that drastic initiatives are necessary to secure the extra 20 votes that are needed to achieve the goal of 180 votes in the final vote, since they would need to draw votes from the Democratic Left and Independent Greeks.