Provopoulos: “There was a ‘plan B’ in case of a bank panic” 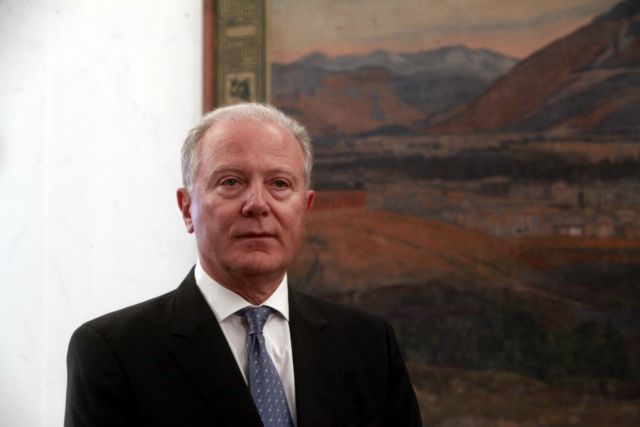 The former central banker Giorgos Provopoulos recently gave a television interview where he discussed the dangers and developments during his tenure at the Bank of Greece. Mr. Provopoulos argued that there was a “plan B in case of a bank panic”.

According to Mr. Provopoulos, the Bank of Greece made plans that were “similar to what we saw in Cyprus, where the people could not withdraw as much money as they wanted”. Mr. Provopoulos claimed that there were “some circles” that encouraged Greece to abandon the Eurozone, but could not predict what would happen should Greece have followed through. He did admit that two air transfers of cash were carried out in secrecy, to avoid causing a panic.

The proposal for a referendum in autumn of 2011 and the double elections in 2012 were amongst the most intense moments of his tenure. In his interview the former central banker was critical of the troika and claimed that in many cases they were wrong, as they were not aware of Greek reality.

Mr. Provopoulos underlined that the Bank of Greece stressed how the bailout was “the wrong mix” and that two thirds of the reforms must come from expense cuts and the other third from expanding the tax base and tackling tax evasion. The former governor concedes that “when you do not take initiatives, then ultimately someone else instructs you”.

Regarding taxation, the former central banker expressed his belief that “when the troika suggested some things the response was that we could not cut wages in the public sector, fire civil servants, so the easy option was to impose more taxes. However, when you keep on impose more and more taxes, that means that growth because increasingly distant”.

When asked about how Greece ended up having to resort to the bailout, Mr. Provopoulos was scathing in his criticism noting that “many believe that the bailout is the problem and not the reasons that led us to it. We must be a bit confused. The country followed policies that led this to happen. For many years Greek politicians praised the benefits of Europe and concealed the duties”.