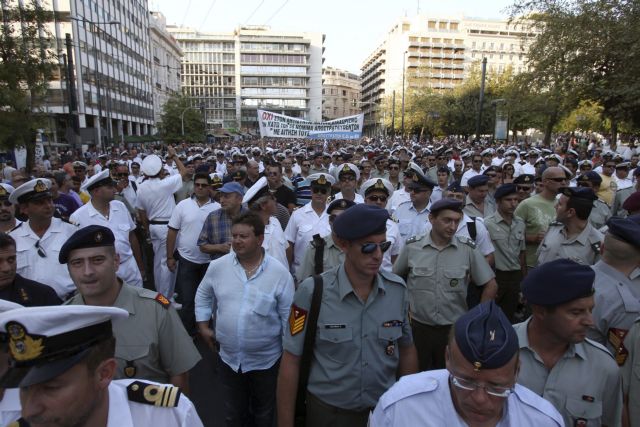 The Deputy Minister of Finances Christos Staikouras has arranged a series of meetings for Tuesday with representatives of uniformed officers, in an effort to come to a political deal after the State Council ruled that a series of wage and pension cuts they suffered in 2012 were unconstitutional and illegal.

With the government forced to implement the State Council’s decision to retroactively restore the wages and pensions of uniformed officers, which has been estimated to burden the budget by a further 550 million euros, Mr. Staikouras wants to reach an agreement to reduce the cost by 170 million euros, otherwise the coalition government will have to impose new measures.

Amongst the Ministry’s proposals are to offset wage raises with the social dividend that many officers received, freezing wage promotions and to come up with a legal interpretation of the State Council ruling that would reduce the overall cost.