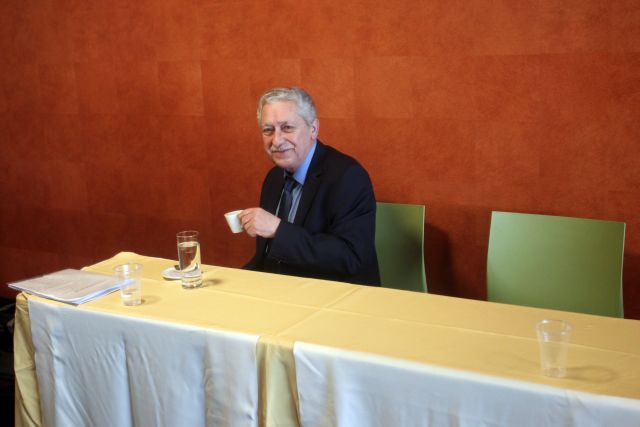 The leader of DIMAR Fotis Kouvelis is facing fierce criticism from party members over his choices that lead to an abysmal performance in the recent elections.

The party’s former spokesman Andreas Papadopoulos pointed out “three errors” in an article published in Ta Nea: leaving the coalition government after ERT’s closure, hinting towards an alliance with SYRIZA and refusing to enter talks with the “Initiative of 58”. Mr. Papadopoulos noted that DIPAR “is threatened with extinction, which to a great extent is attributed to president Fotis Kouvelis and the leadership group, which in fact failed”.

MP Grigoris Psarianos told Vima 99.5 FM on Monday that had he been in Fotis Kouvelis’ shoes, he would have resigned and argued that while he has no personal issue with the president, he has a “serious political issue” with him. Mr. Psarianos revealed that “internal discussions” are taking place within the party and lashed out against former PASOK members who abandoned DIMAR after Sunday’s results.

A mutual conference of DIMAR’s Executive Committee and Parliamentary Group has been planned for Friday, followed by a meeting of the Central Committee over the weekend, which will evaluate the election results and the overall party policy that has been observed since leaving the coalition government in 2013.