Sakellaridis: “I appeal to the 40% of Athenians who didn’t vote”

SYRIZA’s candidate for the mayor’s office of Athens Gabriel Sakellaridis gave an interview to Vima 99.5 FM, where he extended an appeal to… 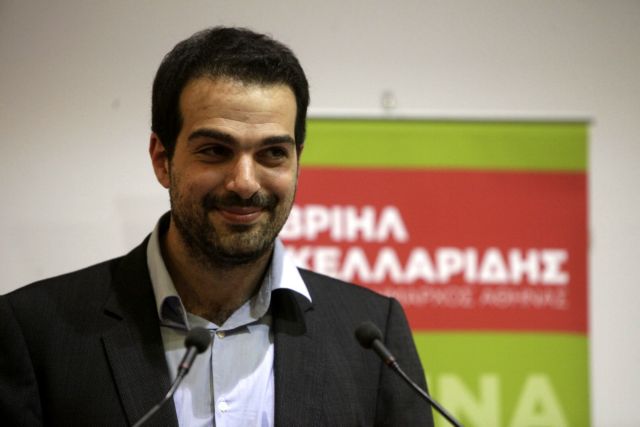 SYRIZA’s candidate for the mayor’s office of Athens Gabriel Sakellaridis gave an interview to Vima 99.5 FM, where he extended an appeal to the “40% that didn’t vote” in order to decide “how they want to see the city for the next five years”.

Mr. Sakellaridis refuted the allegations of the current mayor Giorgos Kaminis that he is appealing to Golden Dawn voters, arguing that he is “not calling neo-Nazis and criminals” and that he has condemned the neo-Nazi party’s electoral rise in Athens.

Additionally, he accused Mr. Kaminis of approaching Golden Dawn voters in the past few days and cited a recent interview for The Doc magazine. Mr. Sakellaridis also disputed Mr. Kaminis’ claims that only the Minister of Public Order supported him when he clashed with Golden Dawn in Syntagma Square last year.

Regarding the candidacy of Aris Spiliotopoulos and Nikitas Kaklamanis, who both failed to make it through to the second round, the SYRIZA candidate claimed that their voters voted against Giorgos Kaminis’ “abandoned city”, who “has no sense of the problems in Athens”.

Mr. Sakellaridis stated that he supports the construction and operation of a mosque at Votanikos in Athens and commented that a discussion with local residents must take place in order to tackle any potential problems that may arise. The candidate finally stated that will prioritize cleanliness and city lighting so that the city is viable.