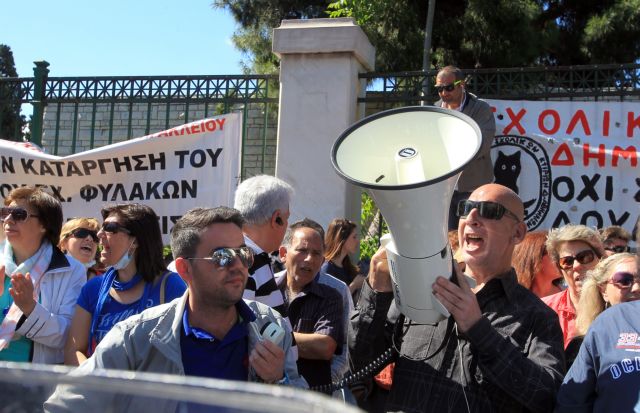 Suspended school wardens are demonstrative outside the Ministry of Administrative Reform in protest of the coalition government’s suspensions measure.

The protesters briefly clashed with the police, when they attempted to block traffic on Vas. Sofias Avenue and were pushed away. The situation later deescalated.

The school wardens demanded a meeting with the Minister of Administrative Reform Kyriakos Mitsotakis, who was in a meeting at the time.

At around 11am the protesters marched towards the Ministry of Finances, where redundant cleaners are also staging a demonstration.