The opposition leader Alexis Tsipras was a guest speaker at the a conference organized by the Dublin City University and the transform!europe network on Monday, regarding the… 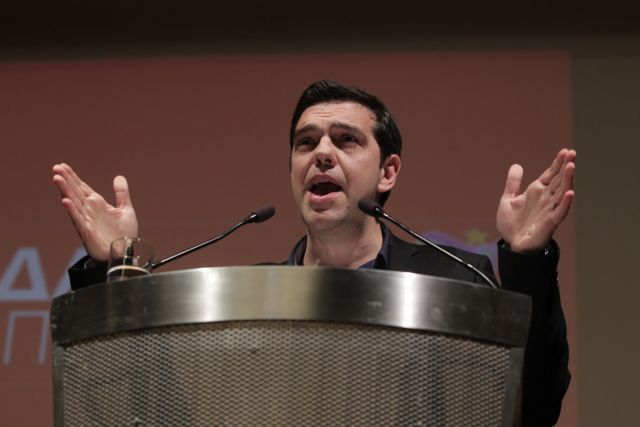 The opposition leader Alexis Tsipras was a guest speaker at the a conference organized by the Dublin City University and the transform!europe network on Monday, regarding the rule of the troika and the transformation of Europe. In his speech Mr. Tsipras accused his opponents in the upcoming European elections of representing the crisis and was particularly scathing towards Martin Schulz and Jean-Claude Juncker.

The SYRIZA leader referred to Juncker and Schulz as representatives of neo-liberalism and being choices of Angela Merkel, Enda Kenny and Antonis Samaras. Mr. Tsipras also referred to the speech delivered by U2’s singer Bono at the European People’s Party conference, where he remarked that “the troika screwed up the Irish, but we made it”.

The opposition leader argued that the Irish singer said “only half the truth; the other half is that the ones that made it are the European banks and the global bondholders”. Furthermore, Mr. Tsipras spoke of how the European elections could be the start of a series of changes in Europe intended to reject the bailout policies and avert their implementation in other countries.

Mr. Tsipras expressed his belief that the elections can change the path of Europe and stressed that neo-liberalism and German hegemony have lead the EU to a strategic dead end. For the SYRIZA leader the voters will have three dilemmas when faced with the ballot box in May; whether the bailouts were successful; whether it is possible to exit the crisis following the same recipe or conversely a plan based on solidarity and growth; and whether they want Mrs. Merkel’s Europe instead of employment, choices, solidarity and democracy.