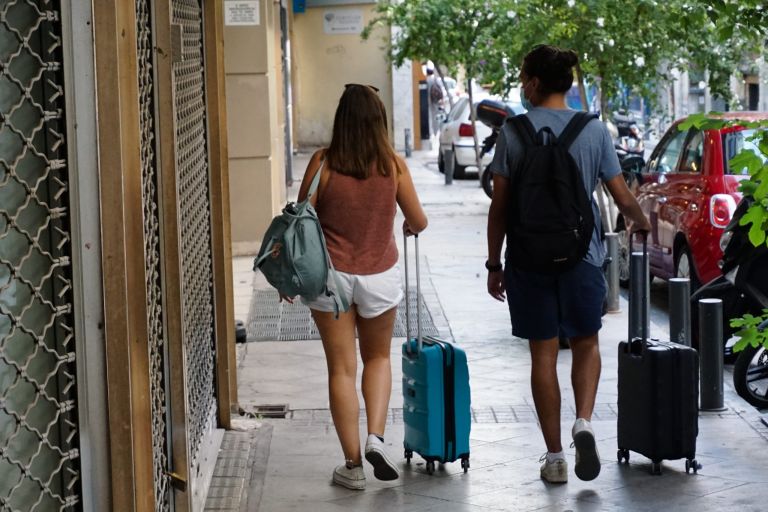 The reversal of the heartbreaking image that prevailed in the alleys of Plaka during the first two years of the pandemic is confirmed by shopkeepers of the most visited area of ​​the capital, who see their shops again this spring full of tourists coming mainly from France, USA, Latin America and Israel.

Those entrepreneurs who managed to survive financially – despite two years of financial hardship with their shops closed, goods unavailable and expenses running – today, observing increased heavy tourist traffic, say they are optimistic but expect an increase in the number of customers during the coming weeks to be reflected in their proceeds.

“I think this season, and in April as well, we’ve never had such a large number of tourists. There are a lot of people from Spain and Spanish-speaking countries, French and Israelis. Things are still a bit weak financially, the number of tourists does not correspond to the result of the work. But the fact that so many people have come is encouraging, considering that we have spent two years barely making ends meet with all our might. Because every business here remained open by the skin of their teeth. It was very difficult. We are waiting to see this movement appear in our registers now”, comments Frangiskos, a leather and shoe merchant in Adrianou Street, to “NEA”.

A block away, Panagiota, owner of a new generation souvenir shop, paints about the same picture.

“We are slowly getting into our rhythm. We want to be optimistic that everything will go well. It has started from the middle of last month and people are coming. In terms of attendance it is good but the money in our cash registers is not so good yet. The war has not yet affected us in terms of customers, of course financially, in our goods we have seen several increases. So far this year we have Spaniards, French, Americans – who we missed a lot – as well as people from Latin America who we did not have last year because they had a ban.”

From the souvlaki shop across the street, the atmosphere in Kydathinaion is full of exclamations such as “kebab” and “tzatziki” but expressed with the characteristic Spanish temperament. Konstantinos, 31 years a waiter, shares his appreciation for 2022.

“This season is very optimistic, it could be better than 2019,” he says, while at the same time, seeing a couple of Frenchmen choose one of the empty tables, he adds: “Hello my friend…”. At the middle tables, the owner Mr. Pantelis pauses from taking orders for a while to give us his own estimate. “It seems that there is movement so far. April was good. The indications are good, this can be seen from the hotel reservations and the cruise ships. I think it will be a good year, unless something else happens.”

The complete picture of the tourist traffic in the streets of Plaka is conveyed to “NEA” by Theodoros Vlaras, member of the Board of the Athens Chamber of Commerce. “Things were not so optimistic until April. From the end of April until today, our optimism has grown a lot, we see something more positive and we hope that it will continue like this, that the rise will not be haphazard, for 15-20 days, but will last until winter. May in terms of increased inflows and people is probably the same and better than 2019. In terms of revenues it is still lagging behind but there is optimism that it will happen slowly.”