Editorial: The sanctions against Turkey and us 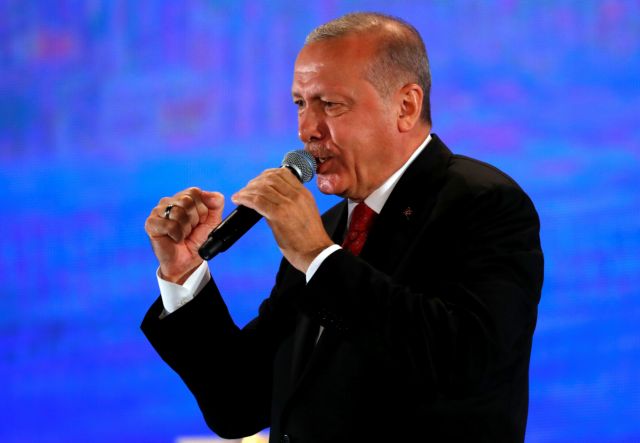 After the failed 2016 coup against him, Erdogan’s decisions have completely undermined Turkey’s EU course.

It is reasonable for the Greek government to express its satisfaction with the sanctions that the EU decided to impose on Turkey in response to its attempted illegal gas and oil drilling in the Exclusive Economic Zone of the Republic of Cyprus.

It is the first time in quite a while that the EU has decided to take such action against a candidate country.
Without underestimating the action, it would be well to be cognisant of Europe’s limits in dealing with Turkey.

The sanctions that were decided do not appear to have very much troubled the Erdogan regime, which is not especially interested in coming closer to Europe.

Turkey’s government has on a daily basis been acting as a disruptive and unpredictable ally.

After the failed 2016 coup against him, Erdogan’s decisions have completely undermined Turkey’s EU course.

He has imposed a regime that constantly violates and tramples upon fundamental EU principles pertaining to human rights and freedom of speech.

Erdogan has chosen a similar rift with Nato with his decision, incomprehensible to many, to purchase Russian S-400 missile systems.

Despite his constant shifts and outbursts, the West and Europe especially cannot afford to sever ties with him.
Whether one likes it or not, Turkey holds the key to managing the refugee issue and it is in a position to use it to blackmail whenever it feels cornered.

With anti-migration rhetoric growing sharper in an ever greater number of European countries, the EU is forced to balance between international and EU law and various interests.

The energy game in the Eastern Mediterranean will clearly be protracted.

It would be utopian for one to believe that Turkey will set aside its demands without getting a share of the pie.

Consequently, the Greek side must remain constantly vigilant, strengthening its broader alliances until such time that a basis of understanding for resolving this intractable problem can be found.