European Council President tells Turkey to back off from Cyprus’ EEZ

There is very little the EU, which lacks a Union army, can do in the situation except perhaps for imposing some kind of economic sanctions. 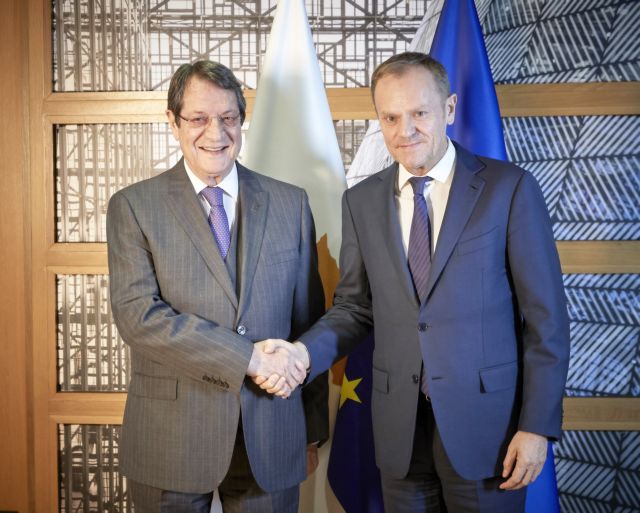 European Council President Donald Tusk has said that the EU is in Cyprus’ corner as regards Turkey’s violation of the Republic of Cyprus’ sovereign right to drill in its own EEZ.

“The EU stands united behind Cyprus and expects Turkey to respect the sovereign rights of EU member states,” Tusk told a press conference after the 9 May informal EU summit in Sibiu, Romania.

Asked about how the EU would react to the clear breach of the sovereign rights of member-state Cyprus, outgoing European Commission President Jean-Claude Juncker declared that on this issue he too is a Cypriot.

Aside from expressions of sympathy and verbal warnings, however, there is very little the EU, which lacks a Union army, can do in the situation except perhaps for imposing some kind of economic sanctions.

Given Turkey’s expansive ties with the EU’s major economic players, that is highly unlikely.

The same is not true for the US, which wants to keep its hegemony in the Eastern Mediterranean, contain Ankara’s expansionist tendencies, and protect the free economic activities of American powerhouses such as ExxonMobil.

In that framework, Washington is trumpeting its staunch support for the strategic partnership between Cyprus, Greece, and Israel, yet it is still expressing concern about the prospect of even an accidental Greco-Turkish military clash, both in the Southeastern Mediterranean and the Aegean.

Prime Minister Alexis Tsipras and Anastasiades held talks on the matter on the sidelines of today’s summit, and Tsipras said that now is the time for diplomacy which should be exhausted before more serious economic actions are considered.

That has put it at loggerheads with the US, Israel, and energy giants including ExxonMobil.

Turkey began drilling in Cyprus’ EEZ with the well-equipped “Fatih” [conqueror] drilling ship on 3 May and will continue through September. It has declared that no move can be made in the Eastern Mediterranean without Ankara’s consent.

The ship is in the area where the EEZ of Cyprus, Greece, and Egypt converge under the terms of the UN’s law of the sea treaty (Montego Bay), but Ankara disputes that the three countries’ EEZ are contiguous and it is not a party to the treaty.

Russia has kept a stance of equal distances between Nicosia and Ankara and claims to be an honest broker.