The web TV channel is expected to broadcast nationwide when the Alter Ego Media Group, which owns the aforementioned news outlets, acquires the broadcast license for which it has applied, which is expected to be within months 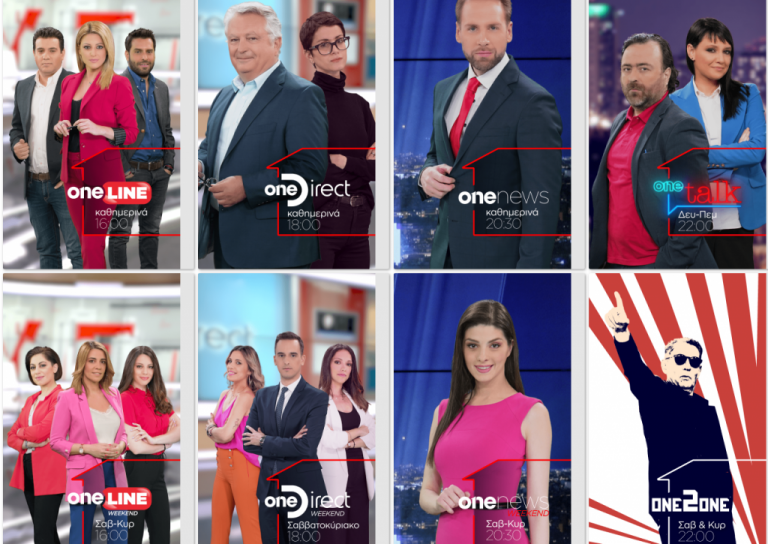 Greece’s newest television channel has hit the ground running with the ambition of becoming the country’s most trustworthy and aesthetically attractive news source based on the quality of a staff of bright young journalists and veteran reporters from Greece’s most prestigious and historic newspapers – To Vima and Ta Nea – the extremely popular in.gr website.

The channel has been equipped with cutting edge technology that meets the highest international standards, such as the VIZRT system which “automatises” the control room, minimizing the prospect of errors, and making it by far the most advanced HD web TV channel in Greece.

The web TV channel is expected to broadcast nationwide when the Alter Ego Media Group, which owns the aforementioned news outlets, acquires the broadcast license for which it has applied, which is expected to be within months.

The gargantuan task of setting up a cutting edge news and entertainment channel was undertaken by Stamatis Malelis, who has earned a reputation as something of a wizard in his field due to his ground-breaking innovations and impact on private television as director of the largest broadcast channels over nearly three decades.

“Good evening ladies and gentlemen and welcome to One Channel, the First Channel. Today from our central studio we are launching on the web your daily news source with a continuous eight-hour live programme. It will offer news, analysis, and interviews on all aspects of current affairs with a modern, pluralistic, and objective perspective,” was how anchorman Yannis Moutsos began the first transmission of the channel on 3 May.

“We are pleased with our take-off. The feedback is very positive, and top MPs and representatives of political parties have already honoured our news programmes with their presence,” Malelis told To Vima reporter Eleni Konstantatou.

The plan is for the current live 4pm to midnight programme to expand and also cover the morning hours with foreign documentaries and TV series.

There are also plans for launching investigative journalism programmes which over the last years have disappeared due to cost, only to be replaced by reality shows.

One Channel will transmit a 24-hour programme on the days of the upcoming municipal, prefectural, and European Parliament elections on two consecutive Sundays, 26 May and 2 June.

Until then, the channel will host candidates’ debates, as it did with the three top candidates in the Athens mayoral race – Kostas Bakoyannis, Nasos Iliopoulos, and Pavlos Geroulanos on 3 May.

“The steadfast objective of the channel is to meet the challenge of covering major and extraordinary events with flash bulletins and reports, for which the channel will interrupt the regular programme flow. We are prepared for that already. Even if we were to receive a license today, we would be ready to broadcast. We are a step ahead,” Malelis said.

Viewers will be able to find One Channel’s programmes archived just minutes after the live transmission ends on www.onetv.gr.