Angela Merkel told a gaggle of journalists yesterday in Berlin that she made it clear to PM Alexis Tsipras and President Prokopis Pavlopoulos during her two visits to Greece that the case is closed. 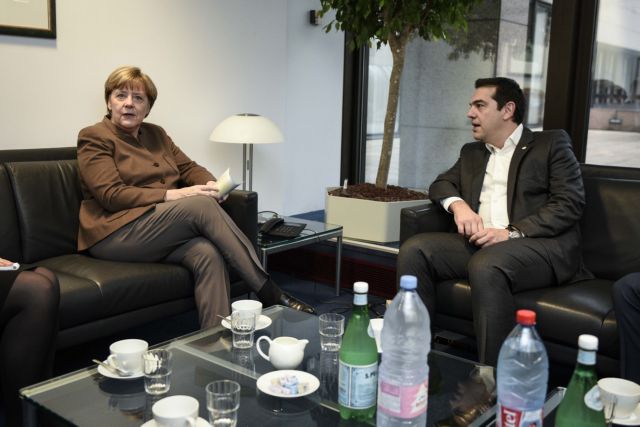 Just one day after Berlin again rejected the prospect of  paying WWII reparations to Greece, Parliament today passed a resolution authorising the government to pursue the claim with Berlin.

Prime Minister Alexis Tsipras raised the issue publicly with German Chancellor Angela Merkel at the beginning of his term in office in 2015 and after Berlin’s routine rejection of the claim he shelved it. Today, the opposition accused the government of revisiting the issue purely for electoral reasons.

Merkel told a gaggle of journalists yesterday in Berlin that she has made it clear to Tsipras and President Prokopis Pavlopoulos during her two visits to Greece that the case is closed. Pavlopoulos has repeatedly raised the issue publicly over the last four years.

Still the resolution garnered sweeping multi-party support with the exception of extreme right Golden Dawn and the KKE Greek Communist Party, which said that it is a ruse and that the government is not serious about pursuing the demand.
The resolution calls on the Greek government «to take all appropriate diplomatic and legal action on the claim and to seek full satisfaction of all claims by the Greek state regarding World Wars I and II.»

If the government does indeed pursue the claim, the first step would be a note verbale from the Greek government to Berlin, but given the fact that the general election must be held by October at latest, the claim will have to be managed by the next government, which all polls indicate is most likely to be New Democracy.

Greece has the best chance of satisfying the German occupation loan for the upkeep of Berlin’s forces in Greece as the Nazi’s signed an agreement taking out the loan and actually began to repay it, thus fully acknowledging the legitimacy of the debt.

The current value of the occupation loan is estimated at 13bn euros.

But there are also claims for reparations for destroyed infrastructure, towns, and villages, for compensation to the families of victims, and for the destruction and theft of parts of Greece’s cultural heritage.

A conservative estimate of the value of reparations owed by Germany is between 50-60bn euros. Some put it at 200bn.

Parliament President Nikos Voutsis said that the European Parliament and all national parliaments of EU member-states will be informed of the resolution.

Voutsis said that the delay in pursuing the demands, following an official parliamentary report two years ago, was due to the fact that the government did not want to purse the issue so as not to jeopardise the completion of the bailout memorandum.

The most conservative estimate of the value of reparations is 50-60bn euros.

«Greece has never waived any of its claims against Germany,» Voutsis said n citing the conclusions of the cross-party parliamentary committee that studied the issue, which also maintain that the claims cannot be written off.