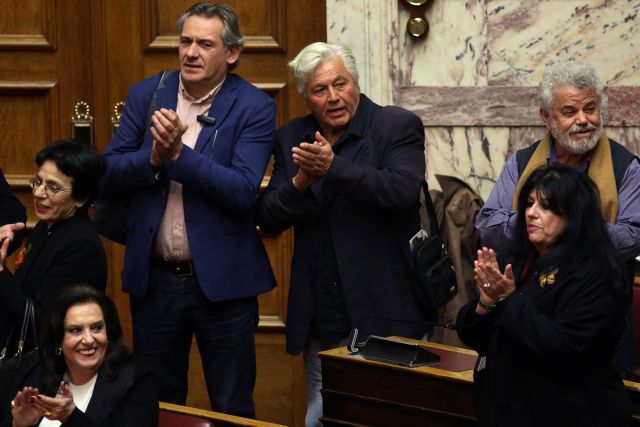 The party now is one MP short of what is required to have a recognised parliamentary group, which permits the party leader more time to orate in parliament and permits the party to keep a state-paid staff of about 50 employees and an enhanced security detail.

Parliament’s advisory Scientific Council delivered an opinion that upheld parliamentary rules which state that a parliamentary group must have at least five MPs all of whom must have been elected on the party ticket.

The Papachristopoulos saga with his on again off again resignation was spurred by the MPs decision to break the party line on three crucial occasions – he backed the government in a confidence vote, voted to ratify the Greece-FYROM Prespa Agreement, and today voted to ratify the Nato protocol permitting North Macedonia’s admission to the Alliance.

Kammenos today expelled Papachristopopulos, effectively dissolving his parliamentary group, and reported that in a letter to Parliament Speaker Nikos Voutsis.

Following that, Papachristopoulos resigned his parliamentary seat as he had pledged to do. The seat goes to Deputy Foreign Minister Terence Kouik.