The change would allow the leader of a party with fewer than five MPs to retain the same privileges he or she did when they led a recognised group. 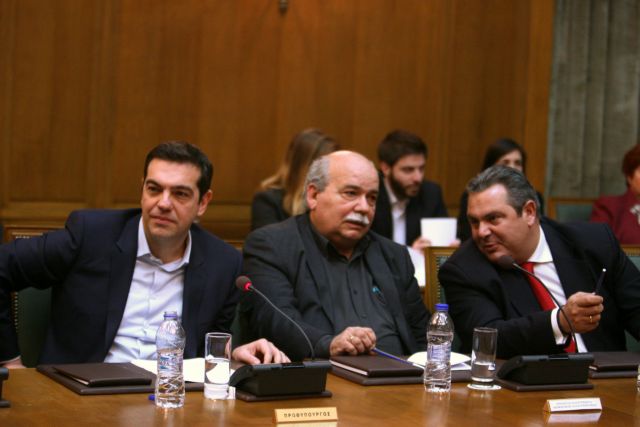 The change directly affects the government’s former junior coalition partner, Independent Greeks leader Panos Kammenos, who is about to lose his fifth MP, Thanasis Papachristopoulos, who intends to declare himself independent and possibly run on SYRIZA’s ticket.

In an unusual move, Parliament Speaker Nikos Voutsis asked Papachristopoulos to remain an Independent Greeks MP for five more days in order to back ratication of the Nato protocol permitting the newly renamed Republic of North Macedonia to enter Nato. The MP has complied with that request.

Such a change would also apply to To Potami party leader Stavros Theodorakis, whose parliamentary group was dissolved when MPs defected from the party, but he declared that he does not wish to avail himself of the new parliamentary rule if it is passed as a matter of principle.

The prospective change will be discussed on 4 February by the Committee on Parliamentary Rules.

SYRIZA is expected to table the proposed revision at that meeting, which will be held as usual in the parliament speaker’s office.

Parliament Speaker Nikos Voutsis will introduce the proposal that will allow both Theodorakis and Kammenos to maintain their privileges, including when and for how long they can address Parliament. The revision would also determine other practical and institutional rights, including payment of the party leaders’ staff salaries and the number of policemen in their security detail.

The new rule will clearly provide that all party leaders whose party entered parliament through a general election will maintain their privileges regardless of whether they have five MPs.

Another issue the committee will examine is introducing a new rule that would provide that MPs who choose to jump to another parliamentary group will be counted as “regular members” of their new parliamentary group so that the former group will not be dissolved, an eventuality with which the Independent Greeks are now confronted.