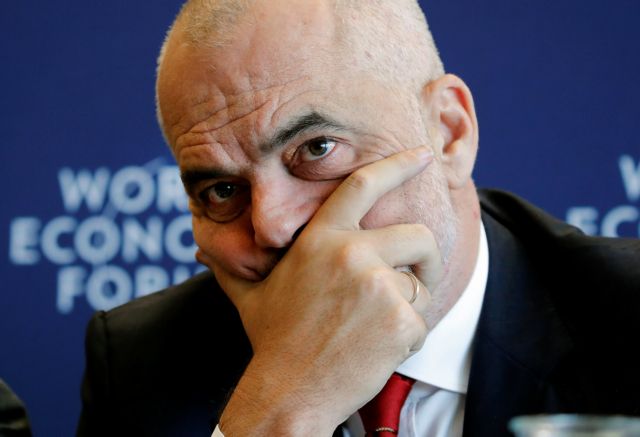 There have been at least two conflicting accounts about the death of ethnic Greek Konstantinos Kacifa (Katsifas in Greek) in the Albanian town of Bularat, in the Gjirokaster region.

The 35-year-old was shot dead by Albanian police following a memorial service at tbe military cemetery in Bularat, marking the beginning of the Greek-Albanian war that began on 28 October, 1940, after Greek dictator Ioannis Metaxas rejected Mussolini’s ultimatum to capitulate.

Key details regarding the incident have yet to be clarified.

Initial accounts from Albania are ambiguous, and from the first moment the Greek Foreign Ministry requested absolute clarification of the conditions under which the man was killed.

According to an announcement by Albanian authorities, “Konstantinos Kacifa opened fire against men of the Albanian Special Forces (RENEA), and was killed in an exchange of fire.”

One account indicates that on 28 October at 10am Kacifa fired with a Kalashnikov against Albanian police in Gjirokaster, because they had taken down a Greek flag that he had raised in the Greek military cemetery in Bularat, during a ceremony marking the 28 October holiday. Albanian security forces hastened to the scene and, according to the announcement that announcement Kacifa attacked the police forces.

The area was then cordoned off by police and there was a manhunt to find Kacifa, who had reportedly fled the scene. When he was found, according to Albanian Police, he continued to fire against the police and Special Forces, who responded with gunfire during which Kacifa was killed.

«According to the first assessments, police forces, ignoring the rules regarding the immobilisation of a single individual, proceeded to execute him. It is important to note that everything occurred as events honouring the [October 28] National Commemoration of OXI day and the memorial in Vouliarates [Bularat] were in progress, with official delegations of the Greek and Albanian governments. Obviously, this is not only an issue of the most basic human right to life. It is the entire climate of psychological violence against the ethnic Greek minority. We hope that the entire anti-Greek climate that was prepared from the moment of the first verbal clash of the deceased with local police, and with the immediate call to anti-Greek parties and organisations, and the feverish effort to change the political agenda in Tirana, were not  reasons that influenced the behaviour of forces that were sent from Tirana.

The Greek Foreign Ministry immediately demanded a thorough investigation of the incident, and said the fact that Kacifa was killed during the police operation is unacceptable.

“Greek authorities, in close contact with Albanian authorities, closely followed, from the very first moment, developments related to an incident in the Albanian village of Bularat, where a Greek citizen allegedly opened fire against Albanian police with a Kalashnikov firearm, who in turn attempted to apprehend him.

A short while ago, we were formally informed that Konstantinos Katsifas was killed during an exchange of fire with Albanian police. We express our deep sorrow on the death of the Greek expatriate, as well as our condolences to his family. In any case, it is unacceptable that the operation led to the loss of human life. We are waiting for the Albanian authorities to provide complete clarification about the conditions under which the Greek citizen lost his life, and we shall proceed with all necessary action immediately,” the ministry stated.

PM Edi Rama (photo) replied to the Greek Foreign Ministry in a lengthy tweet: “Dear neighbours! Instead as characterising as unacceptable the loss of the life of someone who fired against our police, which was simply doing its job, let both of or countries thank God that no innocent person lost their life due to an extremist act of madness.”

A similar tack was taken by Albania’s Ministry for European and Foreign Affairs, which issued the following statement:
“The Ministry for Europe and Foreign Affairs of the Republic of Albania, along with the regret for the incident that happened today in Bularat, Gjirokastër, where the citizen Konstandinos Kacifa lost his life, also expresses regret for the unjustified politicization of the event in the neighboring country.”

“The circumstances under which the citizen Kacifa lost his life have been officially announced by the respective Albanian authorities. The state police have clarified in detail that this is an entirely isolated incident from today’s activities in that area and is a flagrant case of extremist aggression towards the Albanian Police.”

“The Ministry for Europe and Foreign Affairs expresses disappointment for the reaction of the Ministry of Foreign Affairs of Greece, which not only does not condemn the armed attack towards our law enforcement forces but talks about ‘unacceptable loss of life’.”

“While calling for caution and avoidance of attributing political and diplomatic nuances to this clear and unprecedented case, we assure our neighbor that Albania is a safe and peaceful place for all its citizens, without any distinction including those of Greek ethnicity.”