You feed the public with an alleged “clean hands” approach, even as you are setting up new vested interests 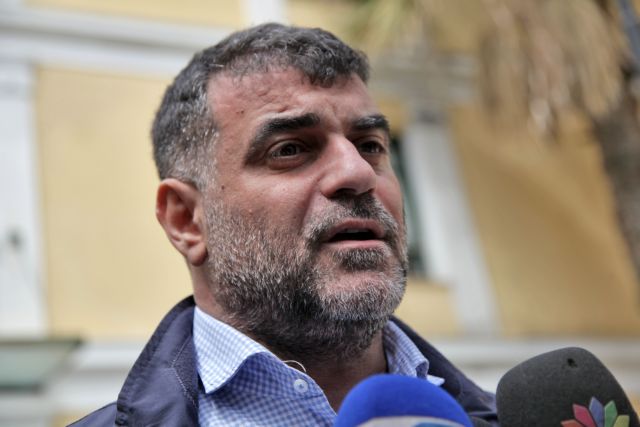 One of the first objectives articulated by the SYRIZA-Independent Greek government was the combating of corruption and vested interests.

The government made that its banner, and used it as a weapon to attack other political parties.

At the same time, the government was kowtowing to domestic and foreign business groups, so that they might buy public enterprises and assets. It completely handed over the banking system, which was saved with public funds and with the bailout memorandums that were paid for by the citizenry, to private “investors”. That created a serious problem with the funding of businesses. Moreover, the government chose at times to have a privileged relationship with certain businessmen, some of whom turned out to be con artists.

Presumably, the government and pro-government publisher Kostas Vaxevanis recall the case of Yannis Kalogritsas, who submitted a bid for the purchase of a broadcast television station, with grazing pastures as collateral. He was a partner of Mr. Vaxevanis when the latter launched his newspaper.

The main objective was to create the impression that this government is combating corruption, despite the fact that on its watch, extremely few corruption cases were tried or resulted in convictions.

That is because this government does not really want to fight corruption.

It is not interested in limiting the influence of the money of businessmen on political life.

Transparency in the relationship between the state, political parties, and “investors” is not a priority for this government.

From the contraband fuel trade to all manner of private monopolies (from betting to marine waste disposal), and from the systematic overcharging in public works to the unchecked activity of banks, all the real loci of corruption in Greece have remained untouched by this government.

The only concern of the government is to collect the files of court cases, to evaluate them with communications criteria, so as to harm its political opponents and disseminate the information through journalists who act as go betweens.

The government of Alexis Tsipras and Panos Kammenos has a large collection of such files.

The prime minister’s office advertises the case files that it has in its hands – despite the fact that the PM’s office has no business handling the files of judicial cases – and feeds excerpts to willing media.

The flagship in that regard is Mr. Vaxevanis’ newspaper, Documento.

The sources that handed over these files to the government are very specific.

First of all, we have judicial probes in various stages that collect evidence.

The government has access to a number of people, both within and outside the judiciary, who are mainly linked to variations of the Karamanlis faction in the right-wing, and who have no problem providing information, in line with the vengeful attitude that characterises the centre-right in Greece.

This information most times does not wrap up a case, but rather serves as fodder for the front pages of newspapers, and is used as a cudgel.

Let us not forget that we are confronted by the phenomenon of “voluntarism” of segments of the judiciary. When they are convinced of the existence of a “scandal”, either by indications or the “surrounding environment” (for example, the sense that everything is rigged in football), they prefer to proceed with prosecution before sufficient evidence is collected. That usually leads to the opposite result. Serious cases reach the courtroom, but there are no convictions.

Nonetheless, such files always have piecemeal data that can be disseminated.

Then we have the banks, which have in their closets forgotten “skeletons” of the entire Greek business terrain and of the political system, diachronically.

Indeed, the government relies on some of its people, whose main duty is to maintain good relations with the banks.
Government vice-president and economy minister Yannis Dragasakis, who to some is known as Gromyko (the legendary Soviet foreign minister), and who is the eminence grise of SYRIZA, may not be doing much for economic growth, but he is doing a lot for the banks.

For their part, bankers have no reason in certain cases not to have good relations with the government, or with the various centres that want “files”.

The banks face the huge open issue of non-performing loans (NPLs), and they seek a “smooth management” of their pending issues.

There are various cases in which bank executives are implicated. Faced with a situation of dissolution where everyone is held accountable for everything, selective revelations facilitate matters.

Piraeus Bank is an example. Due to it successive mergers with other banks, it has in its portfolio the traces and results of nearly all the dysfunctions of the Greek banking system. The bank’s CEO is Christos Megalos, who has experience and knowledge of the Greek banking system, and is known as the “master of compromise”. As everyone knows, in a comprise you have to give something in order to get something, even if that something is evidence from your files, especially if one is not concerned with moral uprightness.

Moreover, there are certain individuals out there who are on trial, or for whom the charges against them have been recently dropped, who are responsible for some big scams in the Greek economic and banking system, who today are either negotiating for more lenient treatment, or who are seeking to jump into the game again.

Their sole negotiating card is “evidence” and “stories”.

All this means that the PM’s office gets more files and communications weapons, even if they only implicate the spouses or relatives of their targets, or involve unrelated cases.

The overriding concern is for newspaper headlines to include the words scandal or off-shores, and the name of the chosen target.

It matters little if the body of the article’s text never speaks directly about scandal, criminal responsibility, or illegal practices (for fear of lawsuits). The main thing is that “the job has been done”.

The pattern is simple.

There will be an article in Vaxevanis’ Documento newspaper.

It will then be reproduced by the SYRIZA-linked Avgi newspaper and left.gr.

The head of the PM’s press office, Thanasis Karteros, will comment on it on Facebook and in his column in Avgi.
Government spokesman Dimitris Tzanakopoulos will come out with a statement that “New Democracy should come clean on the revelations”.

Deputy Health Minister Pavlos Polakis will write a Facebook post stating “You don’t know what you’re in for.”
Then, the same cycle repeats itself.

However, at times selective revelations serve as the best cover-up.

You feed the public with an alleged “clean hands” approach, even as you are setting up new vested interests.

You bemoan corruption, but at the same time, nothing regarding true transparency changes.

You finger-point, but behind the scenes the same corruption continues, albeit with different players.

Worst of all, by selectively using material from court files, one undermines the judicial probe.

A hasty revelation, without corroboration, can be fodder for the front pages, but it ends up “burning” the evidence.
Yesterday’s headlines become tomorrow’s acquittals. In essence, nothing at all will have been done.

Naturally, these are details for a government in which the left-wing and right-wing are ruling together, which exhibited contempt for the public’s verdict on the bailout memorandum, and describes the current, long-term memorandum as the end of austerity.

In this case, the former partner of Kalogritsas of grazing pastures fame, Vaxevanis, is re-introducing yellow journalism, for which the yellow press tabloid Avriani was best known in the 1980s.

Irrelevant photographs, court case files, and uncorroborated information all become a mish mash for the needs of the front-page headlines.

Take for example the photograph showing the late banker Andreas Vgenopoulos with ship owner Vangelis Marinakis, which was purposely chosen in order to craft a narrative that the two were partners in committing illegal acts.
However, the Vgenopoulos-Marinakis handshake occurred at a football match between Panathinaikos and Olympiacos, at the OAKA Olympic Stadium in 2010, where Vgenopoulos as a good host greeted Marinakis, the president of Olympiacos FC. Indeed, Marinakis hastily left the match, because Panathinaikos fans approached him in a threatening manner.

That kind of “evidence” of “collaboration” is analogous to claiming that Prime Minister Alexis Tsipras and New Democracy leader Kyriakos Mitsotakis are preparing to form a coalition, simply because they were photographed together during a meeting at the PM’s office.

For the house yellow press journalist at the PM’s office, all these things are minutiae. The main thing is to sell the “story”, especially when Vgenopoulos is not alive to deny it.

When the tap closed, the tone of the articles became more aggressive, with blackmailing.

As usual, the yellow press journalist of the PM’s office gave no attention to evaluating the information in the file that was handed over to him.

They simply gave him some papers and told him a story which he published, with an irrelevant photograph and a splashy headline, and then he sat down to wait for the courier to bring the Pulitzer Prize to his home.

He did not examine whether the information truly was related to Marinakis, who has been accused of many things, but never of irresponsibility in paying off loans, nor of delays in his transactions.

Vaxevanis was never concerned about the fact that it is bad journalism when you publish a headline, only to be repeatedly belied.

However, when you have a government for which cynicism is an ideology, bad journalism becomes a strategic choice.
All strategies that are based on cynicism and deception always require a useful idiot.

PS: Who is now mourning the roof that shelters you remains an unanswered question.