Major clashes in Athens between anarchists and police

Anarchists and Police clashed n the center of Athens after 8pm on Thursday, following… 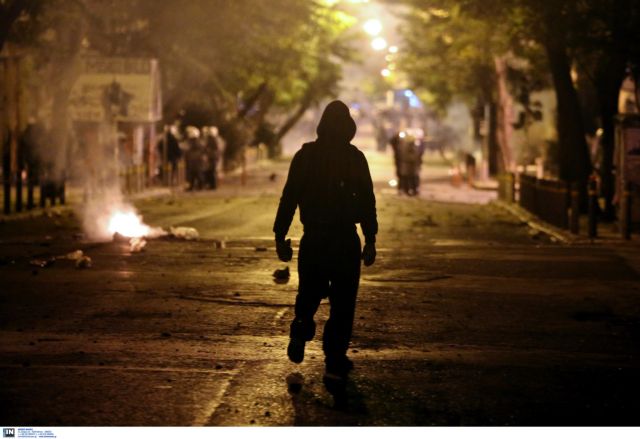 Anarchists and Police clashed n the center of Athens after 8pm on Thursday, following the completion of the march towards the American Embassy, in celebration of the 43rd anniversary of the student uprising that triggered the collapse of the military dictatorship in Greece.

The anarchists occupied areas in the Athens Polytechnic and set up barricades in the surrounding streets. Molotov cocktail bombs and rocks were thrown at the police, which responded with tear gas. The skirmishes carried on until about midnight, when the anarchists left the area. The police announced the arrest of eleven suspects and the detainment of a further five.

Similar clashes were also carried out in many cities across Greece, such as Thessaloniki, Patra, Ioannina, Iraklio and Volos.