Schäuble: “The IMF will disburse a tranche to Greece within the year” 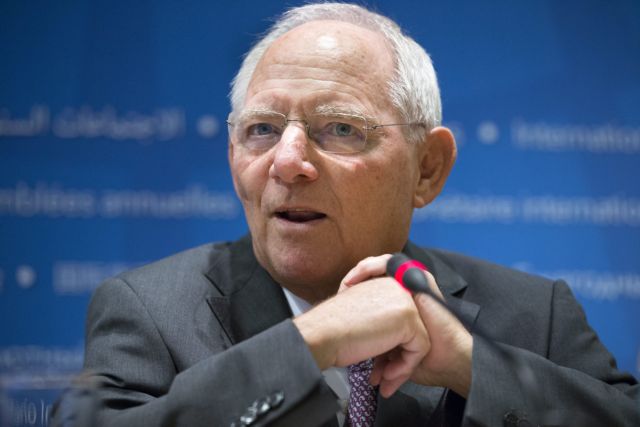 The International Monetary Fund will not only participate in the Greek bailout program, but it will also proceed with the disbursement of a bailout tranche by the end of the year, argued Germany’s Finance Minister Wolfgang Schäuble.

This statement came after an Ecofin meeting on Tuesday, with the German Minister upping the ante in the clash between Europe and the IMF on the Greek debt. Earlier, Schäuble commented that there is a timetable for the IMF to decide upon its participation in the Greek bailout, to which the Fund responded that it does not accept deadlines.

According to a report by German newspaper FAZ, Schäuble is aware of the Greek debt not being sustainable, however he will not discuss the matter before the upcoming federal elections in 2017.