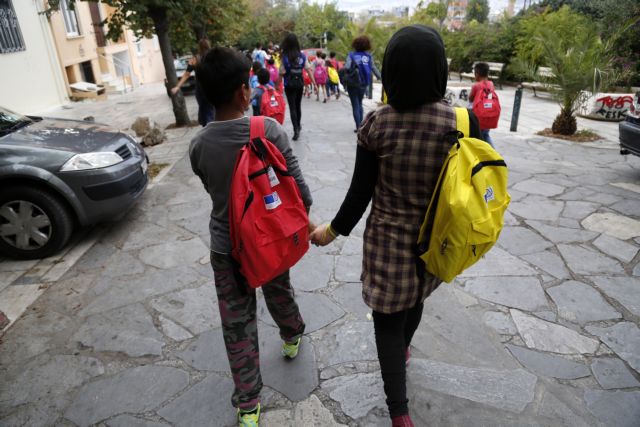 According to reports the teacher association reacted to the initiative and blocked the distribution of questionnaires to students and did not allow them to pass the documents on to their parents. The teachers stressed that any such procedure or initiative must take place off school grounds, in a private meeting.

This latest instance of resistance towards the induction of refugee children has caused major uproar among island residents, with many underlining that the initiative was racist and unacceptable. They also denounced the initiative for deceptively presenting the questions.

Although the questionnaire claims to protect the right of all children to education and health, it later notes that the aim is to avoid any problems arising from the “coexistence of children on cultural and social level (different culture, different acceptable social behavior, religious expression, habits)”.