PM Tsipras: “The refugee crisis is a collective affair” 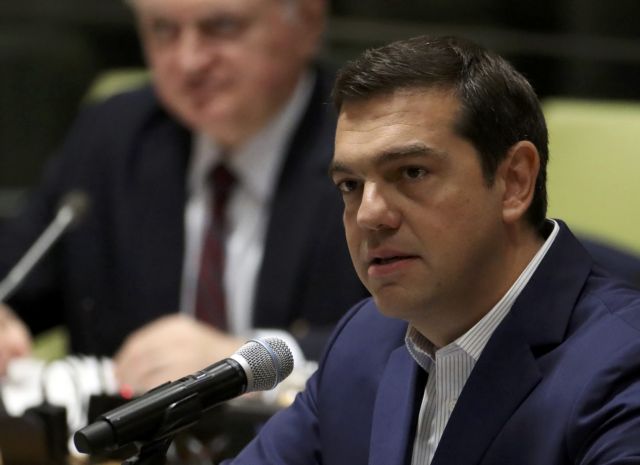 The refugee crisis is a global challenge that the world will either manage collectively, coherently and based on international law, or it will either fail, underlined Greeke Prime Minister Alexis Tsipras in his speech at the Summit on the refugee crisi under US president Barack Obama.

The Greek Prime Minister praised swimmer Yusra Mardini, a Syrian refugee, for her courage, who traveled via Greece and participated in the Olympic Games in Rio. PM Tsipras explained that she was lucky to not be isolated in Greece, before the neighboring countries in the north unilaterally raised fences.

Later on the PM underlined that about 1.2 million refugees have passed through Greece in the past year and a half, while an estimated 60,000 remain ‘trapped’ in the country due to the unilateral moves of others. PM Tsipras underlined that the Greek people have demonstrated solidarity and support to the refugees in spite of the major financial crisis.

The controversial EU-Turkey agreement, he further explained, is necessary as it ahs reduced the flow of refugees as well as the number of deaths in the Aegean Sea. Nevertheless, the Greek Premier underlined the need for a strong global initiative to set a new framework for managing refugees that will weaken the xenophobic anti-immigrant agenda.

This, he further explained, requires the support towards countries accommodating refugees, the return of people not in need of international protection and the relocation of those who need it. Additionally initiatives must be taken to tackle the root cause of migration, which includes bringing peace to Syria and expanding police cooperation to address human trafficking rings.

PM Tsipras concluded his speed by noting that such a global framework is more necessary that ever and that is something the Greek people are very aware of.