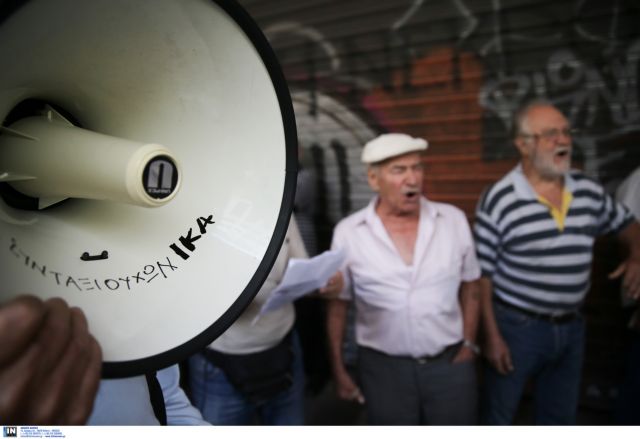 A demonstration is being carried outside the central offices of the unified supplementary pension fund ETEA, in response to the recent pension cuts.

The demonstrating pensioners argued that the recent cuts amount to 50% in certain cases and are concerned that they will essentially be wiped out.

The nationwide federation of private sector employees (OIYE) has called for a general popular uprising against the bailout commitments in order to put an end of the planned pension cuts.