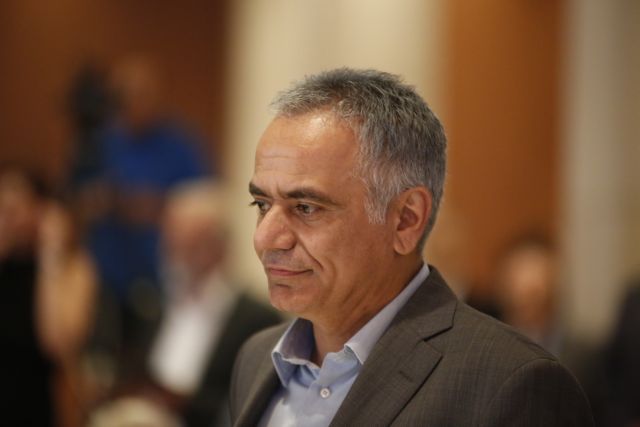 The Minister of Environment and Energy Panagiotis Skourletis has ruled out the possibility of a new hike in the special tax on fuel, during a Tuesday-morning interview on ERT. According to the Environment and Energy Minister, revenue targets are being met so far, while the results for August are still pending.

In relation to debts towards public electricity company DEI, Mr. Skourletis revealed that 1 billion euros worth for have been settled, with 90% of the debts being serviced. Additional actions may be taken at the end for the month to facilitate debtors.

Furthermore, the Minister state that the government supports transferring 17% of DEI shares to the privatization fund TAIPED, however the head of the fund has an obligation to conform to government policies.

Asked about the developments with DESFA, Mr Skourletis responded that negotiations are under way so that the 17% shares, on top of the 49% that was to be sold to Azeri company Socar, is sold to a company that is not a producer. The Minister also noted that the 400 million euro price was low, since DESFA has been estimated to have a value over 2 billion euros.