Anagnostopoulou on the challenges of the new school year 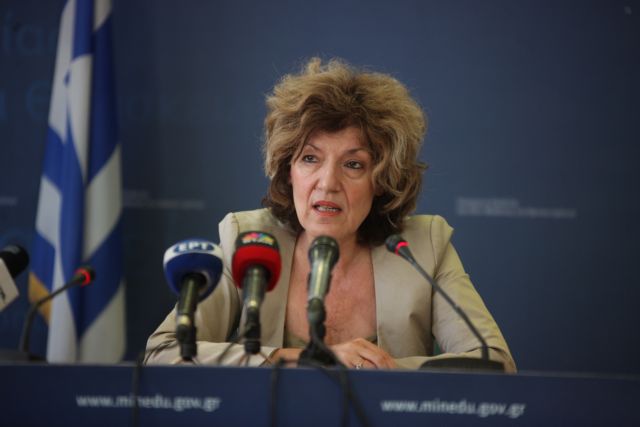 The Alternate Minister of Education Sia Anagnostopoulou argued in an interview on SKAI that the “major challenge” is for the new school year to begin without any shortcomings or problems, adding that schools have already received textbooks.The university entry requirements will be announced on Wednesday.

Mrs. Anagnostopoulou stressed In response to earlier statements on students occupying school buildings, the Alternate Minister explained that obviously such an action is illegal and noted that it is a phenomenon in Europe since the 1960s. She further commented that she will not enter a discussion as to whether student occupations are good or bad and underlined that the law must be applied.

Nevertheless, she added that matters must be addressed with flexibility and according to their importance. This, she explained, is in response to New Democracy which raises issues of security and order over school occupations. Mrs. Anagnostopoulou also accused the main opposition party of fearmongering and adopting anti-national policies.