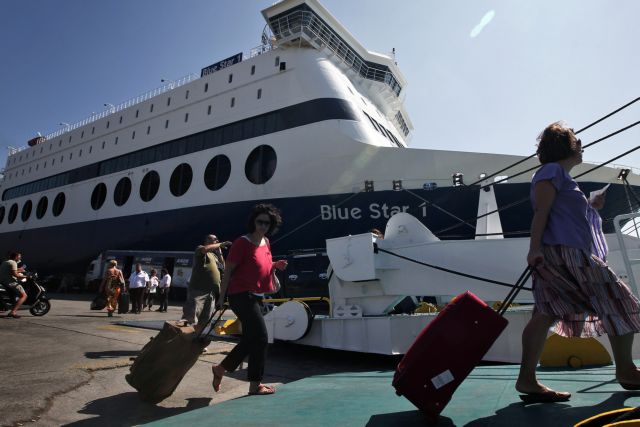 The summer holidays in Greece reach a pinnacle each year with the celebrations for the Assumption of the Virgin Mary, on the 15th of August, which is on a Monday this year.

As such many are taking advantage of the three-day weekend and have planned a short ‘escape’ from urban centers. Traffic on the roads is expected to be harsh and the Traffic Police has urged drivers to be particularly careful, since the weather conditions in the north of Greece are expected to deteriorate.

A total of 76 departures from the port of Piraeus have been planned for Sunday, while 18 departures from Rafina and Lavrio have been scheduled for Friday. Travel agents have warned any last-minute travelers that the ferry boats are mostly full.

The Athens International Airport has reported a 7.6% increase in air traffic since last year. Simirlarly, the president of the federation of KTEL intercity bus services Sofoklis Fatsios reported a 15% increase in traffic.