Violent clashes among refugees in northern Greece and Aegean islands 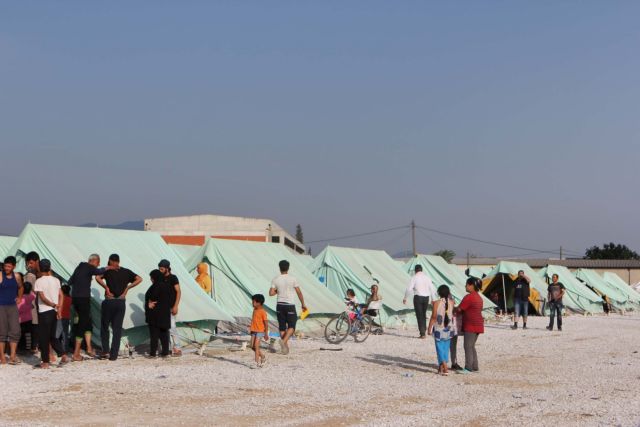 Groups of Iraqi and Syrian refugees reportedly clashed on Monday evening in the hospitality center that has been set up in Nea Kavala at Kilkis.

After the clashes that broke out, four refugees had to be hospitalized for their injuries. Two of the refugees, a 20-year-old and 30-year-old, underwent surgery for knife wounds.

In an unrelated case, a 19-year-old Pakistani reported being shot by an unknown compatriot of his, at the “Hara” hotel in Evzones near Kilkis. The victim told police that he got into an argument with the other man, who in turn shot him in the shoulder.

On Sunday a 33-year-old Syrian man was hospitalized after being assaulted by five other men at the informal refugee camp near Polykastro in Kilkis.

There are also serious concerns on the Aegean islands where many refugees still remain, awaiting for their applications for asylum, relocation or return to countries of origin to be reviewed.

There are 3,270 refugees currently at the Moria and Kara Tepe hot spots, with local residents complaining of pick pocketing, theft of livestock and other crimes taking place. Many refugees have also been arrested when attempting to leave the island with fake travel documents.

Local residents on Chios have also began strike actions and cutting off access to roads, in order to prevent the installation of asylum services and transporting containers. A total of 18 at the camp in Souda refugees are continuing their hunger strike, demanding that they applications for asylum be reviewed promptly.