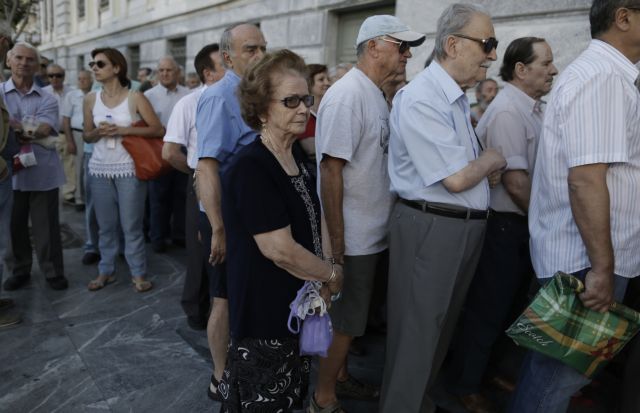 The Ministry of Finances is considering plans to make the use of credit or debit cards compulsory for civil servants and pensioners, by setting limitations on the amounts they can withdraw from their accounts. According to the unprecedented measure, Greece’s 2.65 million pensioners and 600,000 civil servants would be forced to use credit or debit cards for half of their pension or wage, with only the other half available for cash withdrawals.

Sources from the Ministry have told To Vima that the measure will be part of an overall plan to combat tax evasion, by limiting the weekly amounts of cash that are available for withdrawal for those particular categories, from the current 420 euros per week to 150 euros. With the government understandably expecting reactions, the Ministry is planning on accompanying the measures with incentives, such as major supermarkets or chain stores offering 20% to 30% of the wage/pension in credit.

This measure will allow the government services to collect VAT instantly, which in turn will see public revenue soar. This will then allow the government to reduce tax rates in the future. Should the measure prove effective, there are also thoughts of introducing it to the private sector as well. Considerations are also being made for pensioners over the age of 75, who may not be accustomed to using cards, as well as remote areas, where cards are not used extensively.