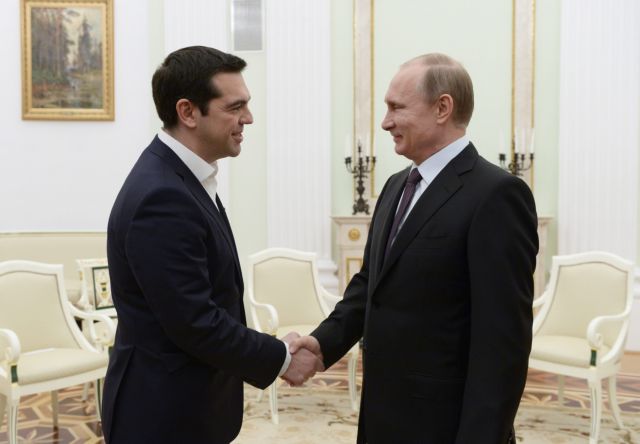 The President of the Russian Federation Vladimir Putin congratulated Alexis Tsipras on his triumphant electoral win on Sunday, while expressing his hope to continue the “constructive dialogue” and “beneficial Russian-Greek cooperation”.

In a telegram sent by the Kremlin, the Russian leader expressed his hope “continuation of constructive dialogue and active shared work for the future strengthening of mutually beneficial Russian-Greek cooperation”. Moscow desires to strengthen its ties and cooperation with Greece in many sectors, such as trade, economy, energy and humanitarian actions.

The spokesperson for the President of the European Annika Breidthardt also relayed Jean-Claude Juncker‘s congratulatory message to Mr. Tsipras for his Sunday win. In her tweet, Mrs. Breidthardt added that the new government must carry out the reforms it signed up to.

.@JunckerEU congratulates @atsipras for his election victory. New gov. will now have mandate to carry out reforms it signed up to. #Greece

The President of the European Council Donald Tusk also congratulated Mr. Tsipras for his appointment as Prime Minister. In his statement Mr. Tusk avoided many any comments on Mr. Tsipras coalition partner, like Martin Schulz.