Samaras: “Those dreaming of canceling investments will cause an accident” 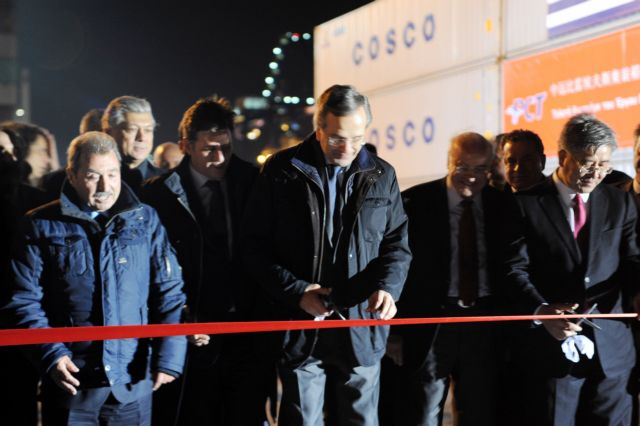 The Prime Minister and president of New Democracy Antonis Samaras appeared at the opening ceremony for the expansion works of COSCO’s Pier 3 at the port of Piraeus, where he underlined that Greece will participate in the ECB’s quantitative easing program.

Regarding the Chinese firm’s involvement in Piraeus, Mr. Samaras noted that trade has increased eightfold since 2008 and that the port of Piraeus was the fastest developing port worldwide in 2012 and 2013, and in Europe in 2014.

According to a statement by the Ministry of Shipping, the 230-million-euro investment deal with COSCO for the construction of the pier will create 700 new jobs and will further establish Piraeus as one of the leading ports in Europe.

Mr. Samaras stressed that “a euro with respecting commitments cannot stand” and argued that “those who are dreaming of canceling investments are causing the country an accident”, in reference to SYRIZA’s proclamations of reviewing investments and privatizations.

The Prime Minister repeated his rhetoric of not allowing the country to “enter adventures” and accused the main opposition party of being “a hodgepodge of leftist components of the most outdated form of statism that wants to rule us”.

Mr. Samaras is scheduled to give his final election campaign speech at 6pm on Friday at the Tae Kwon Do stadium in Athens. With polls showing his party consistently trailing behind SYRIZA, Mr. Samaras will strggle to convince undecided voters to support his party.