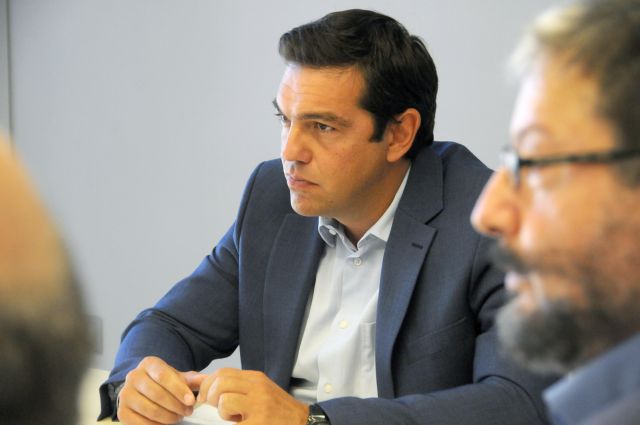 The president of SYRIZA Alexis Tsipras met with the president of GSEE Yannis Panagopoulos and the Executive Committee of ADEDY on Tuesday, ahead of the Thessaloniki International Fair. Mr. Tsipras stressed the need for a new, broad social majority that will support a leftist national strategy for the reconstruction of production and growth, through substantial negotiations for a sustainable public debt solution.

The opposition leader repeated his party’s commitment to restore the minimum wage to 751 euros, as well as a number of legal guarantees in labor, which have been suspended by the bailout legislation. According to Mr. Tsipras, the two essential conditions to encourage employment and sustainable growth are the reduction of a significant portion of the public debt and the implementation of a productive investment program.

SYRIZA believes that recovery will come by supporting active demand, rather than relying primarily on exports, which are already showing signs of stagnation, as the recession in Europe and marginal growth rates persist.

Additionally, Mr. Tsipras repeated his party’s opposition to the coalition government’s suspension and dismissals program, as well as the controversial staff reviews and stated that his party intends to restore the public sector, so that it becomes more transparent, efficient and user-friendly.