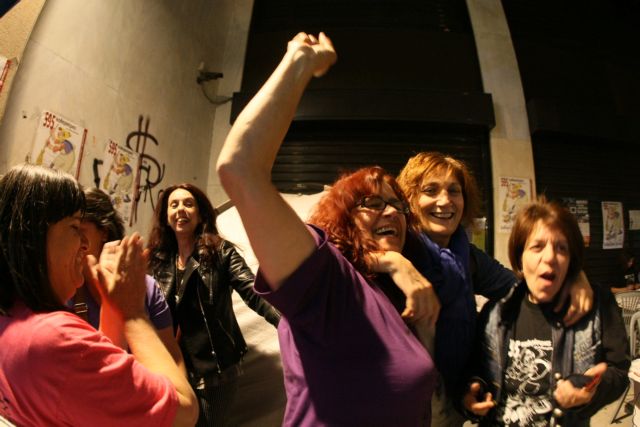 The First Instance Court of Athens has annulled the dismissal of 397 cleaners from the Ministry of Finances on account that they were illegal. The court also held that the cleaners must be reinstated in the positions immediately, without delay.

As expected, the cleaners who camped outside the Ministry of Finances a few days ago were ecstatic with the outcome and celebrated their victory.

According to Yannis Karouzos, the lawyer representing the cleaners, the court order must be executed immediately, irrespective of the State’s intention to appeal. As such, the 397 cleaners must be reinstated on Monday. Mr. Karouzos added that the government’s suspension scheme infringes upon constitutional rights.

The court decision is considered important, as it will open the floodgates for actions and appeals by many other groups of public sector employees who have been suspended.

The 595 cleaning staff members of the Ministry of Finances were suspended in September 2013 and faced dismissal nine months later, on the day that the local government elections are scheduled to take place – the 18th of May. The government decided to extend the suspension period for employees who applied for a transfer.