Suspended cleaners set up camp outside Ministry of Finances 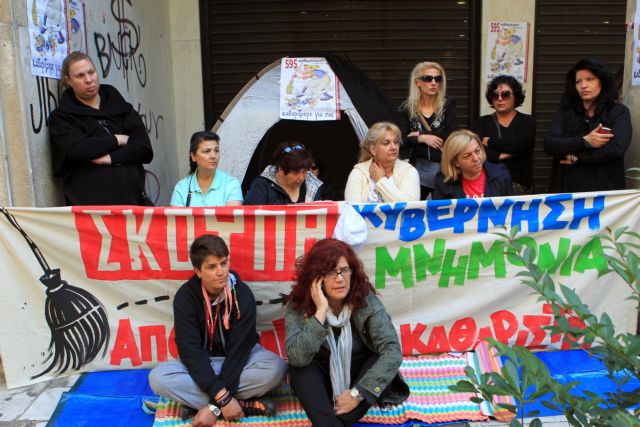 Suspended cleaners who face dismissal in ten days have set up a camp outside the Ministry of Finances after months of protests and demonstrations, determined to see justice.

The 595 cleaners who were employed by the Ministry of Finances were suspended on the 18th of September 2013 and will be dismissed on the 18th of May 2014, unless they are reappointed elsewhere in the public sector.

In an open statement, the cleaners have called for “the people, unions, feminist groups, youth and people in academia, the arts and science to unite their voices” and join them in their struggle.

The Minister of Administrative Reform Kyriakos Mitsotakis stated that the cleaners may apply for new positions in citizen advice centers and secretarial posts in courts or hospitals.