Tourism Min. calls on Scandinavians to “winter out” in Greece 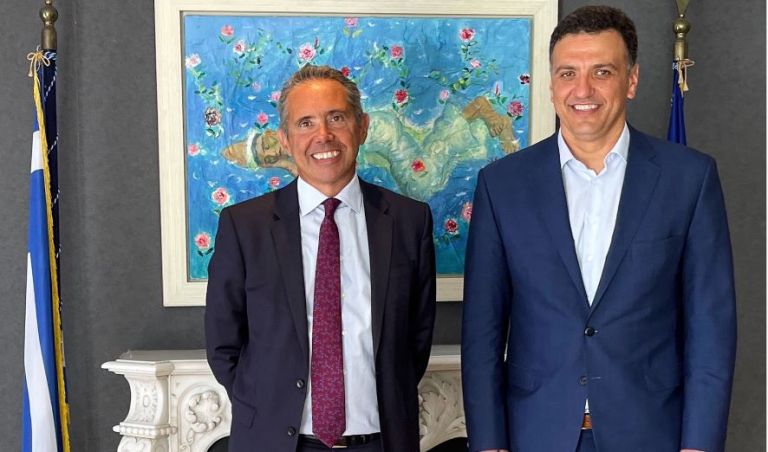 The Minister of Tourism, Vassilis Kikilias, had consecutive meetings with the Ambassadors of Sweden and Norway, as part of the strategy implemented with the aim of further extending the tourist season.

Mr. Kikilias discussed and exchanged views with the two ambassadors, regarding the planning to attract travelers from northern and central European countries, for the coming autumn and early winter.

As Mr. Kikilias explained, the targeting of Northern European pensioners is based on the reasoning that in these countries the cold starts as early as September, so Scandinavians, Germans and even the French can spend the autumn and early winter in Greece, combining business – the amounts they will spend on heating in their countries will be more than their accommodation costs in Greece – with pleasure, as they will have the opportunity to get to know the beauties of Greece and enjoy the unique gastronomy and Greek hospitality.

Sweden’s ambassador Johan Borgstam described this alternative proposal for “extending holidays” as interesting, pointing out that already in his country, where heating is through electricity, the electricity bill paid by an average family in December amounts to around 1,900 euros.

In a post made on Twitter by Mr. Borgstam after the meeting with the Minister of Tourism, he said that they shared thoughtson how to market extended stays in Greece coming autumn/winter seasons for tourists from cold climate countries. Come to Greece, avoid high energy bills & use saved money to stay in the sun, said the Minister!

Minister of Tourism @Vkikilias met Amb @JBorgstam to share thoughts on how to market extended stays in Greece coming autumn/winter seasons for tourists from cold climate countries. Come to Greece, avoid high energy bills & use saved money to stay in the sun, said the Minister! pic.twitter.com/Fv5DwFwE7D

For his part, Norwegian Ambassador Frude Overland Andersen argued that it is also a good idea to attract those who have not yet retired, but are at an age when their children have grown up and left the family home, so in this period of their life they want to travel, even for a weekend or 4 days, as long as they are still working. For these travelers, cities in Greece – such as Athens or Thessaloniki – are ideal destinations, as they have developed significantly in recent years and combine gastronomy and entertainment with arts, history and culture.