The chaos in Afghanistan 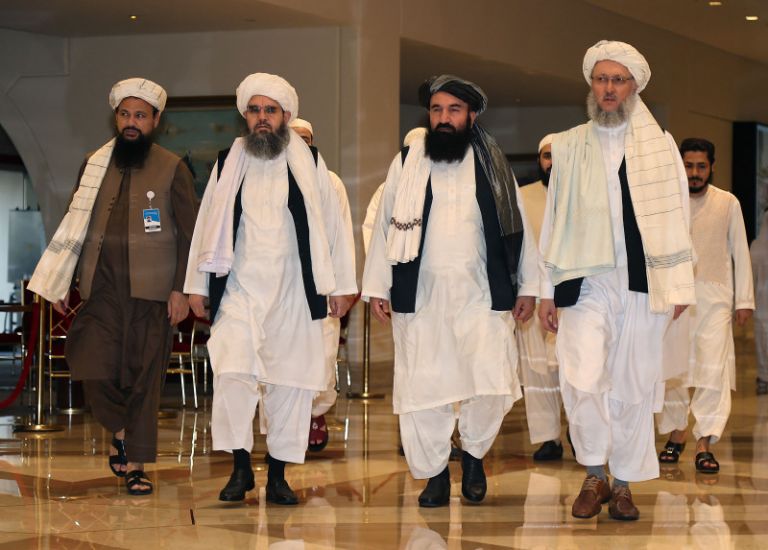 Head of the Taliban delegation Abdul Salam Hanafi (R), accompanied by Taliban officials (2R to L) Amir Khan Muttaqi, Shahabuddin Delawar and Abdul Latif Mansour, walks down a hotel lobby during the talks in Qatar's capital Doha on August 12, 2021. - Afghan government negotiators in Qatar have offered the Taliban a power-sharing deal in return for an end to fighting in the country, a government negotiating source told AFP. (Photo by KARIM JAAFAR / AFP) (Photo by KARIM JAAFAR/AFP via Getty Images)
Share

In this non-linear and totally chaotic state of affairs, it would be premature to say that Turkey is benefiting by the evolving situation by emerging as a basic ally of the new Afghanistan.

In the case of Afghanistan, a linear approach that prevailed after the Vietnam War has been adopted – seeing things as a continuation of events that occurred over the last 20-30 years.

Back then, we had not foreseen the ethnic cleansing of the ethnic Chinese Hoa tribe, which left as boat people in the hundreds of thousands, nor the invasion of Cambodia by the victorious Vietnamese, nor the brief China-Vietnam war that followed.

First of all, the permanent, age-old civil war in Afghanistan has not ended. Tribal leaders, generals, and warlords of the old regime are negotiating among themselves and with the Taliban – which itself is not a unified force – and no one can prejudge the results.

The distribution of power between all these parties will not be an easy affair. The situation could evolve along the lines of Libya with the dissolution of the state. The Taliban lacks the unifying state power of North Vietnam, which was backed economically and militarily by Russia.

A potential agreement is hindered by the fact that the country’s two large neighbours, Pakistan and Iran, by controlling armed groupings in the country will not allow arrangements that run counter to their interests, and that creates the conditions for a potential international conflict.

Moreover, one is confronted with the confusion in the Middle East, with the main powers being Egypt, Iran, Israel, and Saudi Arabia.

The agreements for the withdrawal of the Americans from Afghanistan ran parallel to the advancement of the so-called Abraham Accords, which have been signed with Israel one after the other by Arab countries.

Some analysts maintain that the essence and objective of the agreements is to transfer America’s regional military role to Israel.

Consequently, the turbulent disorder (and not security) that the US pursued and succeeded in achieving with its interventions in Iraq and Afghanistan can continue even without an American presence.

In this non-linear and totally chaotic state of affairs, it would be premature to say that Turkey is benefiting by the evolving situation by emerging as a basic ally of the new Afghanistan.

Though it does not yet exist, there is already talk of a Taliban state.

Turkey is already over-extended geopolitically and if continues its neo-Ottoman advances, the most likely eventuality is that the ethnically Turkish Misrata of Libya will turn into Erdogan’s Izmir, and not Thessaloniki.

In any event, it behoves Greek foreign policy to keep a distance from this chaos.