All-night battle on five fronts in Halkidiki after the storm 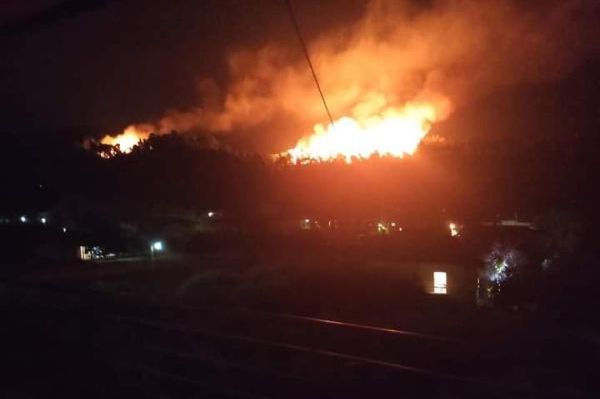 The fire brigade is fighting the fires that broke out in areas of Halkidiki after the summer storm.

The fire brigade is fighting the fires that broke out in areas of Halkidiki after the summer storm.

Firefighters are on foot to bring under control the fires that broke out late in the afternoon in areas of Halkidiki.

According to the Fire Brigade, the most probable cause of the fires is the lightning that occurred during the bad weather that hit the area. The largest front that firefighters are called to face is in Fourka, as it is an inaccessible forest area near the settlement.

Fifty firefighters with 25 vehicles are operating at the scene, without any residential areas being threatened so far.

Another fire is burning towards Athytos and Sani, while another in Kalandra towards Mola Kalyva.

At the same time, there are active fronts in Sithonia. One front is located in the Parthenonas and another in the area of ​​Marmara, near Porto Carras, but which was immediately demarcated by firefighters.

A total of 100 firefighters with 50 vehicles, as well as volunteers and local authorities are operating on the fronts that broke out on Wednesday in the areas of Halkidiki.