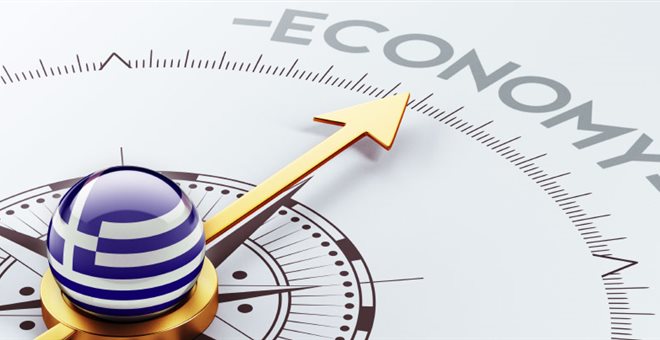 When to expect a new exit in the markets, what do ratings agencies say about the upgrades of Greece

The Greek economy will bid farewell to May with two “tests” and the first is on May 21, when Moody’s announces its verdict for the evaluation of Greece, followed by a litmus test on May 26, when the Commission is expected to publish its conclusions on economy and budget, after the completion of the 10th evaluation.

Although no surprises are expected from the rating agency, the messages it will send on Friday will offer an idea of where things are going, and will also affect the possible improvements in the prospects to maintain the positive climate of foreign circles concerning Greece, opening a window for the country to enter the markets again.

On the other hand, the revelations of the European Commission for the 10th evaluation of the country under Enhanced Surveillance – linked to a tranche of around 645 million euros – will be a sample of the fiscal policy intentions for the coming months, when the report will be discussed in the Eurogroup meeting in June.

The bar was placed by the Minister of Finance himself at the Economic Forum of Delphi, where according to Mr. Christos Staikouras in June the country will pass its 10th evaluation and if there is fiscal space then Greece will proceed with permanent reductions in taxes and insurance contributions.

The message from Brussels, as well as from government officials, focuses on the keywords “reform” and “development” in order to achieve the coveted recovery and to cement the key factors in the country’s return to fiscal balance.

The Commission’s report last week – in the context of the spring forecast – accelerates the Greek recovery since the Commission mentions the move of Athens to reduce social security contributions and the temporary abolition of the social solidarity tax for the private sector as important reforms.

The positive outlook is fueled mainly by the disbursements of the Recovery Fund, private consumption, and investment, while the general government deficit will remain high in 2021 (10%) before falling to 3.2% in 2022.

Greece has entered the chase for the investment grade with agencies signaling their intentions for the coming years. Michele Napolitano Senior Director, Head of Western European Sovereigns of Fitch Ratings speaking at the Delphi Economic Forum said that the upgrade of the country’s credit rating to BB was considered to reflect the state of the Greek economy at the moment, but no further upgrade is imminent for the next 1-2 years.

However, he estimated that there is room for upgrade if some factors improve.

In particular, debt sustainability and the reduction of the debt / GDP ratio, the efficient use of EU funds and the improvement of the banking sector’s performance need to be improved, for any upgrade to be considered.

According to Marko Mrsnik, Senior Managing Director, S&P Global Ratings there is one in three chances for a possible upgrade of Greece in the next 12-18 months, who speaking at the Delphi Economic Forum stressed that “if GDP growth is greater than expected and there will be a simultaneous reduction in red loans, this upgrade becomes more likely. Of course, there is a gap of two levels and therefore I cannot speculate about the time of a possible upgrade “.

He added that everything depends on whether the effort for economic reforms will continue unabated, whether the debt-to-GDP ratio will be reduced and whether a more favorable debt profile will be achieved.

S&P conducted a simulation that predicted GDP growth of between 8-18% over the next six years and the rating agency believes that the prospects for positive results from the money that Greece will receive can be multiplied if structural changes move faster.

The plan for Greece entry to markets

Favorable conditions for the prospects of the Greek economy and the increased interest in Greek securities strengthen the estimates of analysts who see that Athens will take advantage of the positive environment and possibly issue two editions by mid-autumn and so the annual borrowing may exceed 14-15 billion euros this year, from the 10-12 billion euros that was originally planned.

This climate is paving the way for the new pumping of cheap liquidity and strengthening of cash flows, with the country having raised a total of about 12 billion Euros in 2021, while since July 2019 it has borrowed, through long-term financing, about 22 billion euros.

Speaking at the Delphi Economic Forum, Dimitris Tsakonas, General Manager of the Organization for Public Debt Management, stressed that there is flexibility and confidence in the structure of the Greek portfolio, as much of it is at a fixed interest rate, so Greece has reduced the exposure to possible interest rate increases. Debt maturity leads to very small annual payments – 5.5 billion euros a year for many years compared to more than 10 billion before the crisis and 16 to 17 billion euros that Greece paid during the crisis.

As he explained, in proportion to Greece’s GDP, the annual payments are half compared to other European countries and he expressed the belief that “for many years, Greece will not have a problem in repaying its obligations”.