Magiorkinis noted that there have been about 1,000 confirmed cases involving the Nigerian variant and those were not detected by random sampling but rather from testing of targeted groups. 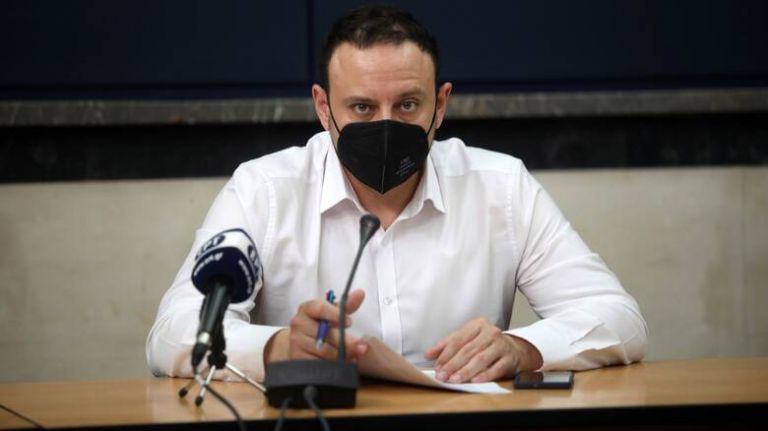 “There is neither a Greek nor an Athenian variant of COVID-19,” Assistant Professor of Hygiene and Epidemiology Gkikas Magiorkinis said in an interview this morning after some experts and  certain press reports expressed concerns over a strain of the virus was identified in central Athens.

“Baptising this variant as an “Athenian mutation” is a global first,” Magiorkinis said with a touch of irony, noting that variants of viruses always are named after the first place they were identified.

He underlined that the variant recently found in COVID-19 cases in central Athens is the Nigerian strain that was isolated before February.

Magiorkinis said that this particular variant is being studied “because it is becoming more frequent [among confirmed cases] yet we have seen this with other mutations as well”.

“What usually occurs in such cases is that we can confirm increased transmissibility. For example, although at first the South African variant appeared to fall in this category, in the end we did not see that. It has not caused particular problems even though it has spread to many countries.”

Magiorkinis noted that there have been about 1,000 confirmed cases involving the Nigerian variant and those were not detected by random sampling but rather from testing of targeted groups.

Asked whether existing vaccines are effective in providing immunity against the Nigerian variant he said that until now patients who have been vaccinated and who have been infected have done well, even though most are senior citizens.

The finding, combined with the general lifting of most lockdown measures recently and the more lax behaviour of citizens in implementing protective measures, initially raised concerns.

The president of the National Committee on Vaccination, Maria Theodoridou, told a weekly, televised news conference yesterday that this strain like all variants raises concerns and that she is hopeful that its spread is very limited.

“Regarding the variant confirmed in central Athens nobody can say they are not concerned in the same way that one is concerned about any variant. However, we have specialised monitoring and registering systems. Geneticists and virologists will be scrutinising how it evolves and let us hope it is very limited,” she said.

Athens University’s rector and professor of medicine Thanos Dimopoulos told Sputnik, “In the centre of Athens a variant with certain characteristics was recently identified. With all variants until now we do not have data indicating that current vaccines pose any problem. We do know that they have increased transmissibility and that means we must vaccinate a larger percentage of the population in order to achieve herd immunity.”

Magiorkinis had already referred to the particular variant at a 7 May health ministry briefing.

“We are dealing with a variant with the 484K mutation that is linked to immune escape,” he said, referring to the ability of currently available vaccines to neutralise it.

“Right now we do not know how important it is. Let me remind you that at first we said that the South African strain is very aggressive. That has yet to be proven, and the same stands true for the Brazilian variant. The British variant in the end proved quite aggressive. This takes time and we are monitoring it. In any event, we can ring-fence any odd variant through adequate tracing and epidemiological monitoring,” he said.

Magiorkinis had underlined that the variant identified in Athens does not derive from random sampling but rather represents just 10 percent of a single targeted sample.

Tsiodras stressed that COVID-19 is here to stay and that there is a need for efficient monitoring with new tools.

“I am concerned about variants that lead to redefining the strategy for managing the pandemic in many European countries,” he said.