Editorial: From Alexis to Boris

Boris Johnson believes firmly that by leaving the EU Britain will regain the former imperial greatness of the colonial era. 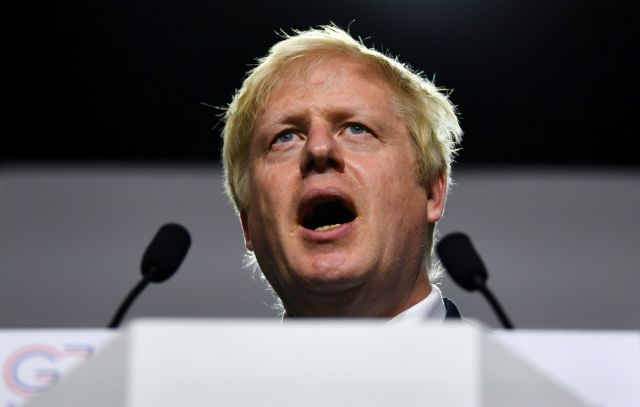 The times have changed and an era has arrived in which even in the oldest parliamentary democracy, Britain, which has an unwritten and inviolable constitution, Prime Minister Boris Johnson, who internationally is said to have the traits of a charlatan, shut down Parliament for five weeks in order on the one hand to avoid being toppled and on the other to use the prospect of a no-deal Brexit as a negotiating tool with the EU.

He is labouring under the illusion that the EU will bow to his blackmail and he has faced criticism domestically and internationally that he is carrying out a constitutional coup and is ready to write the darkest page in the history of the oldest modern democracy.

The absolutely cynical response was that he is acting within the framework of his duties as prime minister.

Clearly the arrogant Mr. Johnson fears nothing and nobody and is acting on the basis of his self-deceptions and illusions.

He believes so firmly that by leaving the EU Britain will regain the former imperial greatness of the colonial era that he cannot understand the obvious – that the world has changed and that those who were previously subjugated are now strong nations which participate dynamically in the global distribution of power and are no longer charmed by the Commonwealth, but rather by contemporary unions of states such as the democratic EU.

Such posturing and deceptions are common in our day.

In Greece, too, four years ago ex-PM Alexis Tsipras had his own self-deceptions and illusions and understood the wiill of the people in a skewed manner.

He brought the country just one step before disaster.

It took countless sacrifices and years of efforts for the country to stand on its feet and regain part of its lost credibility.

Unfortunately, bitter failures have not been a lesson to politicians in these tumultuous and dangerous times.
The populism of charlatans – both right-wing and left-wing – bolstered by strong pseudo-patriotism and nationalism constitute a direct threat to democracy and international stability.

That must be carefully considered by public divs that with nonchalance are prepared to mindlessly stir passions and divide peoples and countries without a second thought.