The evacuation of the informal refugee camp at the northern Greek town of Idomeni continued on Wednesday, with about… 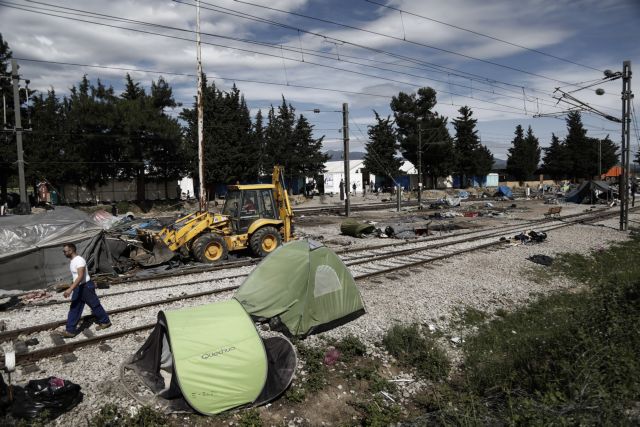 The evacuation of the informal refugee camp at the northern Greek town of Idomeni continued on Wednesday, with about 1,000 people being transferred via bus to hospitality centers on Wednesday and 3,000 since the evacuation operation was launched on Tuesday.

About 1,500 remain on site, from the 8,500 which were initially thought to have camped at Idomeni. This means that about 4,000 refugees are unaccounted for, since many left the makeshift on their own to avoid being taken to hospitality centers. It is believed that they may return to Idomeni after the police operation concludes.

The spokesperson for the Refugee Crisis Management Coordination Body Giorgos Kyritsis announced via Twitter that TRAINOSE has begun inspecting the railway line at Idomeni, which had repeatedly been occupied. Repairs are expected to be carried out as soon as possible in order to resume operations.