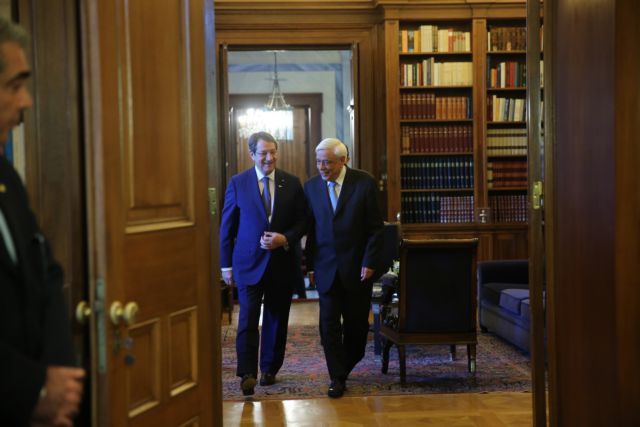 The President of the Hellenic Republic Prokopis Pavlopoulos received his Cypriot counterpart Nikos Anastasiades in Athens on Wednesday morning.

On his behalf, Mr. Provopoulos assured his counterpart that Greece is in full coordination with Cyprus.

Meetings with PM Tsipras and Mitsotakis

During his official visit in Athens, the President of Cyprus has arranged to meet with Prime Minister Alexis Tsipras at 10:30, followed by a meeting with New Democracy leader Kyriakos Mitsotakis at 12:30.