A Facebook post by the Deputy Regional Governor of Chios Stamatis Karmantzis has caused major reactions. In reference to… 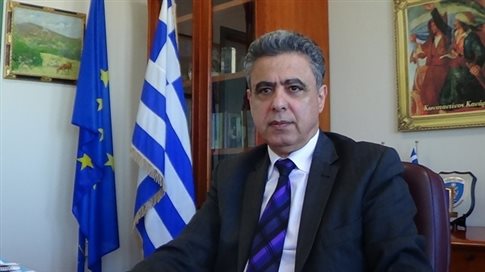 A Facebook post by the Deputy Regional Governor of Chios Stamatis Karmantzis has caused major reactions. In reference to recent violations of Greek air space by the Turkish Air Force, Mr. Karmantzis commented that “a good Turk is a dead Turk”, before launching into a racist frenzy.

Local media was quick to report on the issue, with Turkish media expressing its surprise over the hatred. Mr. Karmantzis later clarified that his post did not refer to the Turkish people as a whole, but rather the ‘deep military state’ in Turkey and its practices. He further noted the Greek and Turkish people will reverse the extreme policies.

The local SYRIZA office on Chios issued a statement arguing that the “incomprehensible statements” of Mr. Karmantzis amounted to a “racist delirum”.

Furthermore, SYRIZA called for Region Governor Christiana Kalogirou to demand his resignation immediately and called to New Democracy to comment on the matter. Karmantzis had previously been elected as an MP with New Democracy.

In her statement, the Regional Governor expressed her sorrow and denounced Karmantzis’ statement and underlined that it “clearly does not reflect the opinions Regional authorities”.